This article belongs to the Special Issue Neuroimmunology and Cancer
Views:8059 | Downloads:1251 | Cited:

Aim: Several epidemiological studies have shown an inverse correlation between allergy and brain cancer. The purpose of this study was to compare the serum IgE levels between patients with gliomas and nonglial tumors and their possible prognostic role.

Methods: A total of 84 patients with intracranial tumors were included in this study. At clinical presentation, estimation of serum IgE levels was assessed by nephelometry. Detailed information regarding the history of allergies was collected by interview.

Conclusion: Patients with glioma and meningioma had lower IgE levels than patients with metastatic lesions. A prognostic role of serum IgE levels was found in glioblastoma. Further studies in larger patient series are required in order to verify our preliminary observations.

We prospectively studied patients who were operated on for brain tumors in our institute, between April 2010 and February 2014. Patients were included if assessment of IgE levels was performed at first presentation before receiving any treatment. Detailed information regarding the history of allergies was collected by interview using a questionnaire. Questionnaire included the following allergens: foods, dust, animals, plants, stinging or biting insects, cosmetics, drugs, and mold. A history of asthma was also recorded. Personal information, including smoking, alcohol consumption and diet was also included. Serum total IgE levels were measured for all patients by nephelometry (Immage 800, Beckman Coulter). Ethics approval was given by the review board of University of Ioannina.

Mann-Whitney U-test was used for two-group comparison. Chi-square and Fisher exact tests were used for categorical independent variables. Survival time was defined as the time between the date at diagnosis and the date of death for deceased patients or to the last follow-up of the surviving patients. The overall survival time was estimated using Kaplan-Meier methods, and log-rank analysis was performed to compare survival curves between groups. Patients who were still alive at last contact were treated as censored events in the analysis. A two-sided P < 0.05 was considered to be statistically significant.

IgE levels according to diagnosis

Two patients died in the immediate postoperative period whereas another 2 patients were lost to follow-up. After a mean follow-up period of 12.4 months, 10 patients were alive. Using receiver operator characteristic curve analysis a cut-off IgE value of 24 U/mL was identified as the best predicting survival with 72.2% sensitivity and 100% specificity. Patients with IgE value exceeding 24 U/mL lived longer (P = 0.01).

A large body of research showed that allergies may play a role in a diverse group of cancers including brain tumors, leukemia, pancreatic cancer, and other tumors.[4] An inverse association has been reported between allergy history and cancer risk.[4] Turner et al. studied 793 glioma, 832 meningioma, 394 acoustic neuroma, 84 parotid gland tumor cases and 2,520 controls and found a significant inverse association between a history of any allergy and glioma, meningioma and acoustic neuroma.[5] Various hypotheses have been proposed to explain the associations between allergy and cancer. Single-nucleotide polymorphisms of inflammatory-related genes, such as interleukin-4, FCER1A and interleukin-10, have been associated with glioma risk.[6] In gliomas, a large nested case-control study showed that a positive test for increased concentrations of total IgE (> 100 kU/L) was statistically significantly associated with decreased risk of glioma compared with a negative test. A lower risk for glioblastoma and glioma at least 20 years before diagnosis was found for those that tested positive for total IgE.[7] Wiemels et al. found that IgE levels were strongly inversely associated with glioma and in particular, IgE to dietary allergens. A weaker association was found for respiratory allergens.[2] Antihistamine use was strongly associated with glioma risk when allergy or asthma history existed, but not among those with a negative history.[8] In the present study, we found that glioma patients had the lowest IgE levels. High-grade tumors had lower serum IgE levels than low-grade tumors. IgE levels should be measured at presentation since dexamethasone, which is, usually, administered in brain tumor patients, increases IgE levels.[9] Lin et al. also studied the IgE levels in glioma patients and reported that an increase in IgE levels posttreatment correlated with better survival.[10] In the present study, we found a prognostic significance of pretreatment IgE levels in glioblastoma patients. This has not been previously reported and required further investigation.

Meningiomas are the most common benign intracranial tumor and account for nearly 30% of all intracranial tumors.[11] Meningiomas have also been showed to have an inverse relationship with history of allergies and meningioma patients had lower total serum IgE than controls.[3] A meta-analysis investigating the association of meningioma with the overall and specific allergic conditions found only eczema to have a significant inverse association. No significant association was found for asthma and hay fever.[12] In their study, Schlehofer et al. they found that the risk of glioma was inversely correlated to allergic sensitization; however, this was not significant for meningiomas.[13] In the present study, no significant difference in serum IgE levels was found between glioma and meningioma.

Regarding other cancers, several studies have consistently found that self-reported allergies are associated with lower risk of pancreatic cancer.[14] Bosetti et al.[15] reported an inverse correlation with history of allergy for cancer of the oral cavity, pharynx, esophagus, colon, rectum and larynx. Nevertheless, a recent study showed an increased risk of hematologic malignancies in women with a history of allergies to airborne allergens.[16] In the present study, 2 metastatic lesions from patients with colon cancer were found. Patients with metastatic disease had significant higher IgE levels than patients with gliomas and meningiomas. This finding needs to be verified on a larger scale.

The present study has several limitations. First, the results are based on a series of 84 patients and should, therefore, be considered preliminary. Second, given that only 31 patients had glioblastoma, the reported prognostic significance of IgE levels should be dealt with caution and needs further investigation in larger studies. Another important limitation pertains to the absence of a control group. Several previous studies consistently reported lower IgE levels for brain tumor patients than controls. Thus we focused on the possible impact of tumor type on serum IgE levels. 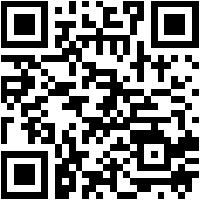