Conclusion: Our pilot study provided neurophysiologic evidence of central conduction slowness in patients with eHcy, which may be due to a large diameter fiber dysfunction within the somatosensory, but not the visual and auditory, white matter pathway. The central conduction slowing in eHcy may be relevant to the pathophysiologic background for slowing the central processing.

Homocysteine (Hcy) is an intermediary metabolite of amino acid, methionine, during methylation. Elevated plasma level of homocysteine (eHcy) have been observed in many neurologic and psychiatric disorders including stroke,[1,2] cognitive impairment, dementia,[3,4] Alzheimer’s disease,[5,6] Parkinson’s disease,[6,7] amyotrophic lateral sclerosis,[8] depression,[6,9-12] schizophrenia and bipolar disorders and in an animal model,[13,14] indicating eHcy may adversely cause central nervous system dysfunction.[15] -Whether eHcy interferes with central conduction as the pathophysiologic background relevant to the central processing slowness is unknown. We, therefore, studied the central conduction in patients with eHcy.

Neurophysiology laboratory databank of evoked potentials and the charts of subjects with a clinical diagnosis of eHcy-induced neuropathy[16] seen in the Neuromuscular Clinic were initially retrospectively reviewed. The symptoms and signs of neuropathy included the presentation of numbness and tingling in the distal limbs with a decreased sensation in a glove- and/or stocking-like pattern. Data of clinical presentations, physical and neurological examinations, history of concomitant comorbidities; and laboratory findings including plasma levels of homocysteine, methyl malonic acid, vitamin B12 and folic acid were collected. Laboratory data included mean corpuscular volume of red blood cells, glucose, creatinine, glycosylated hemoglobin, thyroid stimulating hormone, lipids and liver function panels; inflammatory and infectious studies including erythrocyte sedimentation rate, C-reactive protein, antinuclear antibody, rapid plasma reagin, lyme titers, hepatitis profile, and human immunodeficiency virus.[8] Subjects with an isolated eHcy who completed evoked potential studies were included. Subjects with an identifiable etiology, other than eHcy, such as deficiency of vitamin B12 and/or folic acid, metabolic, toxic, endocrinologic, infectious, inflammatory, renal or liver diseases were excluded. Additionally, subjects with history of degenerative or inflammatory disorders, such as dementia, Parkinson’s, amyotrophic lateral sclerosis, multiple sclerosis, lupus, sarcoidosis, seizures/epilepsies, cervical spondylosis or traumatic injury, were excluded. This study was approved by the Temple University Institutional Review Board.

Each median nerve was stimulated at the wrist with square pulses above the motor threshold using 0.2 ms stimuli. Two independent trials were performed on either nerve. The stimulus frequency was 5.1 Hz and recording time 50 ms. Filters were set at LFF 10 Hz and HFF 3 kHz. Resultants were recorded and averaged from 2,000 responses from the montage of CPc-CPi, CPi-Epc, C5s-Epc and Epi-Epc. The generators for the waveforms of N9, N13, and N20 are believed to be ipsilateral brachial plexus at the Erb’s point, dorsal column and contralateral nucleus cuneatus, and contralateral parietal somatosensory cortex, respectively. Alteration in interpeak latency of N13-N20 reflects central conduction abnormality.

Two modalities were used in VEP study: pattern reversal full field VEP’s performed monocularly utilizing 28-inch checkerboard stimuli, and goggles fitted with a mosaic of light-emitting diodes. The stimulating reversal frequency was 1.1 Hz in 25 ms with a filter setting at LFF 0.5 Hz and HFF 100 Hz. Two separate trials were performed on each eye. The resultants were recorded for 250 ms and averaged from 150 recordings from LO-MF, MO-MF, RO-MF and MF-A1 derivations. P100 latency was obtained and analyzed.

Each ear was stimulated independently utilizing broad rarefaction and alternating clicks in a frequency of 9.7 Hz in 100 ms with a filter setting of LFF 30 Hz and HFF 3 kHz. Masking noise was delivered to the contralateral ear. For each series of responses, two trials were performed separately from each ear and resultants were recorded for 10 ms and averaged from 4000 responses from Cz referenced to ipsilateral and contralateral ears (Cz-A2 and Cz-A1). The peak latency of waves I, III and V; interpeak latency of waves I-III, III-V and I-V; the amplitudes of wave I and V; and the ratios of the amplitudes of waves V and I (V/I) were measured. The generators for waves I, III, and V of BAEP are believed to involve the structures of the cochlear nerve, superior olive complex, and lateral lemniscus nuclei the mesencephalon, respectively.[9]

Somatosensory evoked potential evaluates the integrity of the somatosensory pathway from peripheral to the cortex. The pathway initiates from peripheral segment of the large sensory fibers whose cell bodies, the pseudomonopolar neurons, reside in the dorsal root ganglia.[17] The central processes of the pseudomonopolar neurons enter the ipsilateral posterior column of the spinal cord, decussate and synapse at the contralateral dorsal column nucleus (cuneate nucleus) at the cervico-medullary junction where the secondary order fibers start and synapse at ventro-posteriolateral nucleus of thalamus, from which the third order fibers advance to the somatosensory cortex.[17] It is commonly accepted that SSEP evaluates only the large diameter fibers.[17]

The current study provided evidence that the large fiber dysfunction occurs in central conduction, involving somatosensory pathway, in addition to the peripheral conduction delay.[16,18] We have recently reported that eHcy is an independent risk factor for the development of peripheral neuropathy.[16] The estimated incidence of the isolated eHcy-induced neuropathy was as low as 1.81% of peripheral neuropathy (our unpublished data). The electrophysiologic features of the isolated eHcy-induced peripheral neuropathy are a mild, large fiber sensorimotor neuropathy with mixed neurophysiologic features of mild demyelination and distal axonal degeneration, although the involvement of small diameter fibers cannot be dismissed.[18]

Elevated plasma level of homocysteine may result from deficiency of vitamin B12 and/or folate, and genetic predispositions such as C677T polymorphism of MTHFR.[19,20] Additionally, it may also result from various pathophysiologic conditions including aging,[21,22] obesity,[23,24] diabetes mellitus,[25-27] renal function impairment,[27] medications and/or toxic substances such as levodopa,[7,28] anti-gastric acid agents,[29,30] anti-epileptics,[31,32]tobacco,[33] and alcohol.[34-36] Because of its excitatory property which may promote the vulnerability of neuronal cells to excitotoxic- and oxidative-stress-induced injury, Hcy, especially eHcy, can be neurotoxic.[4,37-39]

Elevated plasma level of homocysteine has been observed in a number of neurological disorders including stroke,[1,2] Alzheimer’s disease,[5] Parkinson’s disease,[7] and amyotrophic lateral sclerosis.[8] In addition, eHcy may also play a role in psychiatric disorders, such as depression,[6,9-12] bipolar disorders and schizophrenia.[13,14] Importantly, eHcy has been linked to cognitive impairment and dementia.[3,4] The findings of slowness of the central conduction in our study may suggest an electrophysiologic background for the central process slowing relevant to memory and cognitive functions. Notably, VEP was performed using two different modalities with only one out of 7 subjects showing abnormality. It is not clear the reason why visual and auditory pathways were spared. It may be related to the susceptibility of eHcy-induced nerve fiber damage or the tolerability of the fibers to eHcy-induced insults. An alternative explanation is that there may be a yet to be determined protective mechanism against eHcy-induced toxicity in special sensory pathways.

Vitamin B12 deficiency is a well-documented etiology for both central and peripheral nervous system dysfunction.[40] The current study provided evidence that the large fiber dysfunction occurs in central conduction, involving the somatosensory pathway. The findings combining our previous[16,18] and current observations suggest that, in addition to B12 deficiency, eHcy may be a potential risk factor in interfering with peripheral and central conduction of the somatosensory pathway. In other words, it is possible that the mechanism by which B12 deficiency causes central and peripheral nervous system dysfunction maybe partly via eHcy.[3] A clinical observation that administration of antifolate agent such as methotrexate induced a clinical phenotype compatible with that of vitamin B12 deficiency favored this notion.[40,41] However, laboratory evidence is needed to support this claim.[3,4,19,38,39]

As the central large fiber conduction slowing is evident electrophysiologically in some patients with eHcy, it may be relevant to the central nervous system dysfunction and raise the concern regarding eHcy-related central neurodegeneration, such as dementia.[3] Therefore, early recognition of the condition and prompt treatment may be critical. Since there is no cure currently available for neurodegenerative disorders, the best approach in clinical practice should be on prevention by modifying acquired risk factors, including eHcy. Thus, eHcy may become a therapeutic target. The efficacy of reducing eHcy with a regimen of combined vitamin B12, folate, and B6 in preventing the development of neurodegenerative disorders needs to be explored.[42] Nevertheless, our finding of central conduction slowing in adults with eHcy suggests clinically relevant significance and warrants further investigation. The limitation of this report was a retrospective study with a small number of subjects.

In summary, our pilot study on adults with isolated eHcy showed neurophysiologic evidence of slow central conduction involving the large fibers in the somatosensory, but not the visual and auditory, white matter pathways. The neurophysiologic changes may occur in parallel to eHcy-induced central processing decline. Additional large cohort studies may be needed to validate the finding.

This article is dedicated to Mrs. Ethel Lombard for her outstanding service to the Department of Neurology at Temple University Hospital for 60 years. 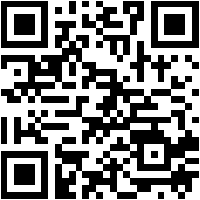