The role of glutamate excitotoxicity and neuroinflammation in depression and suicidal behavior: focus on microglia cells

Major depressive disorder (MDD) is associated with a significant disability worldwide, relevant psychosocial impairment, and increased risk of suicidal behavior.[1] Although multiple psychoactive compounds are now available,[2] more than 20% of MDD patients treated with traditional antidepressant drugs do not benefit from complete recovery and are affected by treatment-resistance.[3] Traditional antidepressant medications may be ineffective and sometimes worsen depressive symptoms in a vulnerable subpopulation of patients with subthreshold hypomanic symptoms that may be better included in the bipolar spectrum rather than MDD.[4]

The most recent years have been characterized by the paradigm shift from the monoamine conceptualization of depression to neuroplasticity hypothesis mainly focused on glutamatergic dysfunctions.[5] There are consistent evidence reporting that abnormalities of glutamatergic neurotransmission are common in depressed individuals.[6] Specifically, N-methyl-D-aspartate receptors (NMDAR) overactivation seems to play a critical role in the pathogenesis of MDD as reducing their functioning may be associated with mood recovery. For instance, ketamine has been recently investigated for its potential antidepressant effects[7] and improvement of suicidal ideation[8] beyond the monoamine hypothesis.

In addition, the existence of abnormalities in inflammatory processes in depressed patients suggests the immunological origin of major depression.[9] Inflammatory mediators and oxidative stress may lead to glutamate excitotoxicity playing a significant role in the pathogenesis of MDD.[10] Notably, immunological differences have been frequently observed in patients with MDD and suicidal behavior.

Glial cells have been proposed as potential candidate targets for both glutamatergic-and inflammatory-mediated alterations underlying MDD and suicidal behavior.[11,12] Historically, glial cells may be grouped in astrocytes, oligodendrocytes, and microglia.

Microglial cells derive from the immune system and may be considered the immunologic sentinel cells of the brain. As the activation of microglial cells was associated with the abnormal production of inflammatory mediators,[13,14] these cells have been proposed as possible effectors of the abnormal immune response in MDD. They provide immunomodulatory functions,[15] and functionally support neural plasticity-processes.[9]

Importantly, the abnormal activation of microglial cells reflected long-lasting depression- and anxiety-like behavioral effects.[11] This has been also confirmed by the fact that minocycline with anti-inflammatory properties and microglia inactivation is not only able to reverse microglial alterations,[16] but is also associated with antidepressant-like activity in rats exposed to learned helplessness.[17]

Unfortunately, some of the existing studies supporting the link between abnormal glial activation and MDD/ suicidal behavior are limited by small sample size. As an example, Bayer et al.[18] in a postmortem study found elevated microglial cells in both frontal cortex and hippocampus of 6 depressed and 14 psychotic individuals compared to 13 healthy controls. Steiner et al.[19] observed increased microglial cell numbers in the anterior cingulate cortex and mediodorsal thalamus of 2 individuals who committed suicide during acute psychosis. However, no effect of diagnosis on the microglial density but only significant microgliosis was reported in dorsolateral prefrontal cortex, anterior cingulate cortex, mediodorsal thalamus, and hippocampus of 16 schizophrenic and 14 depressed subjects died by suicide.[20] The authors hypothesized that the link between microglial activation and suicidal behavior may be mediated by neuroendocrine factors such as inflammatory cytokines and oxidative stress. Finally, Dean et al.[21] showed that CD11b (a potential microglia/macrophages marker) was not increased in the cortex of ten subjects with MDD, and 10 with bipolar disorder.

To the best of our knowledge, there are no reports in the current literature concerning the association between microglial glutamatergic abnormalities and MDD/suicidal behavior with the exception of the review of Niciu et al.[22] suggesting that glial-mediated glutamatergic dysfunction is a common neuropathological pathway in patients with substance use disorders and MDD.

It is currently unclear whether microglial abnormal activation may directly induce psychopathological conditions, should be considered an epiphenomenon of other related processes associated, in turn, with psychopathological conditions, or alternatively a nonspecific tissue reaction independent of psychopathology. Another controversial issue concerns the exact relationship between inflammatory stressful stimuli, autoimmunity, and abnormalities in glutamatergic activity.

The sequence of molecular events underlying MDD and suicidal behavior is still poorly understood. Microglia and monocytes are usually involved in the integration of sensory information within the peripheral sensory nerves and endocrine system.[23] Stress and other signaling molecules (e.g. cytokines, oxidative free radicals) may activate the oxidation sensitive transcription factor nuclear factor-κB (NF-κB), which is highly expressed in microglia with the final result of increased NF-κB-DNA binding and transcription of genes encoding for chemokines, cytokines, and oxidases/proteases. As suggested by the same authors,[24] microglia reported morphological changes in response to exposure to both environmental and internal stimuli.

Furthermore, antibodies against serotonin have been commonly found in more than 50% of depressed patients and importantly, in all those conditions in which increased inflammatory cytokines were observed.[24] They cannot affect brain functions until inflammatory mediators do alter the integrity of blood-brain barrier. However, when a blood-brain barrier alteration occurs, antibodies may presumably cross-react with the subunits of NMDAR on glial cells inducing the abnormal release of glutamate. This enhanced activation of glial cells is associated with glutamatergic excitotoxicity, apoptosis, and clinically significant behavioral changes.[25,26] Also, as suggested by Santello et al.,[27] tumor necrosis factor alpha (TNF-α) controls the neuromodulatory action of dentate granule cell synapses in astrocytes, through Ca2+, dependent glutamate release and pre-NMDAR activation. Therefore, gliotransmission together with its synaptic effects seem to be controlled not only by astrocyte Ca2+ elevations but also by homeostatic factors such as TNF-α. Previous studies have shown that both the excitatory neurotransmitter glutamate and the proinflammatory cytokine TNF-α may be considered as effectors of microglial-stimulated death.[28]

Recently, Schnieder et al.[29] also found a 18% greater density of perivascular cells in dorsal white matter prefrontal cortex of 11 subjects died by suicide suggesting the induction of important alterations in the characteristics of blood-brain barrier in microglia cells of these individuals. Autoimmune activity directed against serotonin may directly compromise serotonergic axons and their functioning with the final result of relevant deficits in serotonergic neurotrasmission. Serotonin may be disrupted by abnormal (e.g. hyperactivated) pathways such as that of kynurenine inside microglial cells due to the enhanced metabolism of tryptophan to quinolinic acid.[30,31]

Elevated levels of kynurenic acid, an astrocyte-derived metabolite of the kynurenine pathway has been reported to significantly reduce glutamate release in some brain regions such as the hippocampus.[32,33] Also, increased micromolar levels of kynurenic acid have been suggested to inhibit a-amino-3-hydroxy-5-methyl-4-isoxazole proprionic acid and kainate receptors.[34,35]

Inflammatory cytokines may further induce the abnormal release of quinolinic acid in microglia[36] related to aberrant stimulation of neurons in the ventral prefrontal cortex and altered connectivity between cortical structures and limbic system.

The critical role of quinolinic acid in microglia-abnormal activation has been also demonstrated by the elevated levels of indoleamine 2,3-dioxygenase and kynurenine monooxygenase in the quinolinic acid biosynthesis pathway in CX3CR1 knockout mice.[37] Notably, recent compounds with antidepressant properties such as ketamine[38] as well as selective serotonin reuptake inhibitors[39] and tricyclic[40,41] may reverse the neurodegenerative activation of microglia induced by pathologically increased inflammatory cytokines.

Furthermore, increased glucocorticoids levels may affect the integrity of microglial cells in the early phases of depression.[42] Abnormal extracellular glutamate concentrations may spill into microglial cells exerting neurotoxic effects on γ-aminobutyric acid neurons.[43] The uptake of glutamate is progressively decreased, and the density of glutamatergic pyramidal neurons is reduced in depressed individuals[44] with the final result of reduced cortical levels of glutamate in the later phases of depression.

Overall, microglial cells are able to exert significant immunomodulatory functions in the central nervous system. Structural changes induced by chronic stress and MDD on glial cells may contribute to the pathophysiology of these conditions, but they may be significantly reversed using modern antidepressant medications. Aberrant levels of quinolinic acid produced by abnormal pathways inside microglia cells represent a valid intracellular mediator of pathologically inflammatory- and glutamatergic-related changes. A complex interaction between dysfunctional inflammatory pathways, increased oxidative stress, altered neuroplasticity in glial cells and neuronal abnormalities are involved in both MDD and suicidal behavior. 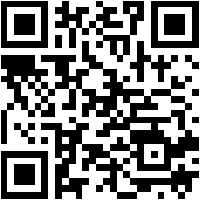