Differentiation of radiation necrosis from glioblastoma recurrence after radiotherapy

Glioblastoma multiforme (GBM) is the most frequent primary-brain-tumor in adults. Its profound cellular heterogeneity, presence of stem cells and highly invasive characteristics[1] renders this tumor difficult to treat, exhibiting high recurrence rates and poor survival.[2] The initial therapeutic intervention involves maximal surgical resection, if the tumor is surgically accessible, otherwise a needle biopsy, to document the diagnosis and determine the histologic grade, suffices. The mainstay of post-surgical therapy involves conventional radiotherapy, with an approximate total radiation dose of 5,500 to 6,000 rads over 6 weeks period, and with concomitant temozolomide chemotherapy.[3] Further chemotherapy with temozolomide may be given for approximately 1 year thereafter. In any step during post radiotherapy follow-up, change of any imaging characteristic requires differentiation between tumor progression, requiring therapy change, and radiation-induced necrosis, requiring mostly symptomatic therapy.[4] In the present case the above question was raised in a young patient requiring a large number of diagnostic tests to be performed, which produced conflicted results requiring partial tumor resection for the correct diagnosis.

A 35 years old woman was diagnosed with a left-frontal astrocytoma, grade II, 5 years prior to admission to our hospital, during which time it was partially resected without further treatment. Two years prior to admission, she had a recurrence, and a new resection revealed progression to glioblastoma multiforme (grade IV). She underwent standard radiotherapy (6,000 rads) with concomitant temozolomide therapy, followed by 1 year of 5 days per month temozolomide chemotherapy. Subsequently, she remained stable on no further therapy until 1 year later when she developed progressive right hemiparesis, expressive aphasia and seizures. At that time, an MRI was performed demonstrating, in the T2-W axial images [Figure 1a] and T1-W axial images with intravenous contrast administration [Figure 1b], a mass lesion consistent with either tumor recurrence or radiation necrosis. Diffusion weighted imaging (DWI) [Figure 1c] showed restricted diffusion consistent with malignant tumor infiltration. However, the fractional anisotropy (FA) [Figure 1d] maps and the perfusion maps (CBV) [Figure 1e] were consistent with radiation-induced necrosis. Subsequently, a 99mTc-Tetrofosmin single photon emission computed tomography (SPECT) was performed [Figure 1f], which revealed increased metabolic activity, indicative of tumor recurrence. Magnetic resonance (MR) spectroscopy demonstrated decreased N-acetylaspartate (NAA) and increased choline (Cho) with ratio Cho/NAA > 3.63, compatible with infiltration of malignant cells with high metabolic activity (not shown). Positron emission tomography (PET) scan was not available atour institution.

Due to discrepancy between the imaging tests, a partial surgical resection was performed for accurate diagnosis. Histological examination showed evidence of tumor recurrence in most of the resected tissue [Figure 2a and 2b]. There were some small parts of the tumor exhibiting radiation-induced changes as well [Figure 2c]. The high proliferation rate of the tumor cells denoted an aggressive tumor [Figure 2d]. The patient was started on daily low dose temozolomide (50 mg/m2 of body surface per os) administration and oral dexamethasone at 6 mg/day, and she remained alive and stable 6 months after the operation. 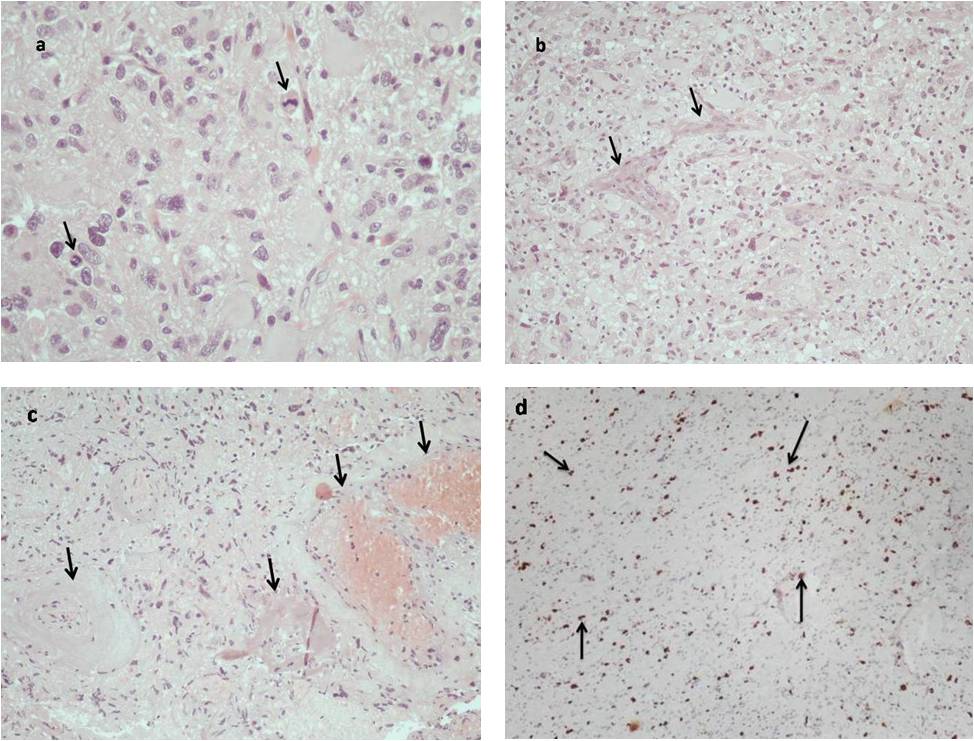 Figure 2. (a) Histological examination revealed a neoplasm with highly pleomorphic cells exhibiting several mitoses (arrows); (b) microvascular proliferation was also evident, a common finding in high grade gliomas (arrows); (c) some areas of the biopsied tumor showed evidence of radiation-induced changes, such as necrosis (arrows) and vascular changes such as telangiectasia and hyalinization of vessel walls adjacent to areas of hypercellular tumor tissue (arrows); (d) the proliferation marker MIB1 (Ki67) was expressed in a high proportion of tumor cells (arrows)

After the standard initial therapy, consisting of a combination of radiotherapy with temozolomide chemotherapy[3] followed by plain temozolomide therapy, glioblastoma multiforme usually recurs within the first year from therapy.[5] However, at that point it may be difficult to differentiate between radiation necrosis of the tumor vs. tumor recurrence, since both conditions behave similarly on traditional imaging modalities (Standard CT or MRI with and without IV contrast administration).[6] In these cases, more advanced imaging modalities can be employed to differentiate between tumor recurrence from radiation necrosis, such as PET[7] and perfusion/diffusion MRI.[8] However, in many countries, PET is not widely available, necessitating the use of other nuclear medicine modalities such as SPECT with various tracers.[9]

MR spectroscopy is another alternative imaging method to improve our diagnostic capabilities in brain tumor evaluation, however, this modality is still not widely available.[10] NAA is an acetylated amino acidconcentrated in neurons that functions as a neuronal marker. Any destruction of neurons, such as noted by high grade malignant tumors or radiation-induced necrosis, decreases the amount of NAA and thus reduces its peak in MR spectroscopy. Choline (Cho) is an essential nutrient that, in addition to being a precursor in acetylcholine synthesis, is a basic component of sphingomyelin and phosphatidylcholine, both constituents of cell membranes. During MR spectroscopy, Increased Cho indicates higher cellularity, as seen in tumors, and decreased Cho indicates radiation-induced necrosis. In general, an increased ratio of Cho/NAA is indicative of brain tumor growth. In our patients, a Cho/NAA > 3.63 was considered a strong suggestion for tumor recurrence, rather than radiation necrosis. Partial resection of the tumor mass and histologic examination demonstrated the presence of recurrent tumor. However, in some areas of the mass, the occurrence of radiation-induced changes may at least partially explain the discrepancy between the various imaging modalities.

In conclusion, the differentiation of treatment induced necrosis from glioblastoma recurrence or progression is imperative in order to employ the appropriate treatment. Although it may be impossible to differentiate such a condition with conventional imaging, new technology, such as combination of diffusion/perfusion MRI, MR spectroscopy with either PET or SPECT, should be able to accurately diagnose the patient’s condition. In rare cases, such as in ours, biopsy may be needed if the imaging methods are contradictory. 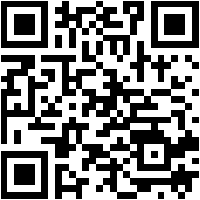