Dengue, an acute viral disease transmitted by Aedes mosquitoes, is highly endemic in many tropical and subtropical areas of the world. Dengue has a wide clinical spectrum, ranging from mild clinical febrile illness to severe life-threatening conditions like dengue hemorrhagic fever and dengue shock syndrome. Neurological complications of dengue infection have been observed more frequently in the recent past. They are widespread and may involve almost all parts of nervous system through various pathogenic mechanisms. We report a case of a 30-year-old male who developed bilateral facial weakness after dengue fever.

Dengue is second most common mosquito-borne disease affecting humans after malaria.[1] Around 2.5 billion population is at risk of dengue infection worldwide, and its endemic zone comprises more than 100 countries of the world. It is caused by arbo viruses which belong to the Flaviviridae family. Dengue virus 1-4 are the known serotypes of the virus.[1] The clinical presentation of dengue has a wide spectrum, ranging from mild clinical febrile illness to severe life-threatening conditions like dengue hemorrhagic fever and dengue shock syndrome. Recently, virological characteristics of dengue viruses have been changing, resulting in widespread neurological complications.[2]

A 30-year-old male, without any significant past medical illness presented with difficulty in talking followed by difficulty in eating and drinking. His wife also noticed that he was unable to close his eyes. There was no history of any limb weakness or paraesthesia. He also had fever for two weeks that lasted for 3-4 days. On presentation, he was conscious, alert and followed verbal commands. He was hemodynamically stable and his physical examination was unremarkable. However, following a neurologic examination, a bifacial lower motor neuron weakness was marked. His motor and sensory examination was unremarkable.

MRI scan of his brain with contrast study was concluded as normal. Electrophysiological evaluation of facial nerve revealed normal latency and reduced amplitude. His peripheral nerve conduction study was normal. He was also evaluated for fever and found to have dengue IgM antibody positive. Vasculitic markers, serum ACE and lyme serology were negative. He underwent CSF evaluation which revealed cytoalbuminologic dissociation. (Cell count: 10, 100% lymphocytes, Protein: 100, Sugar: 77, PCR for CMV: Negative, PCR for Herpes: Negative). He was managed with low dose steroid and physiotherapy. His facial weakness improved gradually and was discharged.

Dengue has been a known clinical entity since 1780.[4] The association of dengue infection and neurological abnormalities was first described by Sanguansermsri and colleagues in 1976, in a patient presenting with encephalopathy.[5] Many neurological symptoms are associated with dengue and have been recognized for over a century. The classic signs of acute infection are headache, dizziness, lightheadedness, insomnia, agitation, irritability and depression. A minority of symptoms manifests as encephalopathy.[6]

Among the neurological manifestations that appear post-dengue, meningoencephalomyelitis, transverse myelitis, post-infectious encephalitis, epilepsy, tremors, Bell’s palsy, mononeuropathy and Guillain-Barré syndrome (GBS) stand out.[7] GBS is a rare complication of dengue fever with an incidence of between 0.6 and 1.9 per 100,000.[8] The pathophysiology of these neurological complications can be explained by the occurrence of cerebral edema, cerebral hemorrhage, cerebral anoxia, hyponatremia, liver failure associated with portal-systemic encephalopathy, micro-capillary hemorrhage or release of toxic products.[9]

Bilateral facial weakness may be a component of GBS. However, isolated bifacial weakness has not been reported to our knowledge. Although CSF albumino-cytological dissociation was present in our case, but electrophysiological evaluation and neurological evaluation was normal except bilateral lower motor neuron type facial weakness. Our case calls for special attention because the dengue infection remains a serious public health problem in tropical countries such as India, but little is known about the actual incidence of neurological complication of dengue. 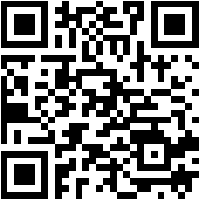