Aim: The rate of thrombolysis in Chinese acute ischemic stroke (AIS) was low and little was known about the long-term outcome. We aimed to compare the prognosis between thrombolysis and ordinary anti-platelet strategies in AIS.

Methods: Patients, who were consecutively registered in our hospital from January 2005 to June 2012, were retrospectively studied. Inclusion criteria: (1) primary diagnoses of cerebral infarction coded with implantable cardioverter defibrillator-10 I63 to I69; (2) symptoms onset to treatment time (OTT) within 6 h; (3) thrombolysis with alteplase (TROM) or ordinary anti-platelet therapy (ANTP). Exclusion criteria: (1) symptoms and signs diminished rapidly without apparent neurological deficits; (2) no visible lesions on diffusion weighted image in magnetic resonance imaging; (3) cerebral infarction caused by serious metabolic in-balance or infections. The endpoints were defined as favorable (modified Rankin Scale 0-2) or being survival. Proportions of favorable outcome or survival were estimated by Kaplan-Meier curve and Cox regression.

Conclusion: Chinese urban AIS patients who underwent thrombolysis with alteplase might have a better long-term outcome than those receiving ordinary anti-platelet therapy.

Thrombolysis with alteplase had been proven to be most effective in acute ischemic stroke (AIS) and its long-term good effects were verified by the Third International Stroke Trial 3.[1] In China the rate of thrombolysis of AIS was low, perhaps due to the fear of bleeding or conceptions of no need to treat mild stroke.[2] There is still no controlled study concerning the long-term outcome in Chinese AIS. Even in patients with lacunar infarction, which account for nearly 37% of total AIS and supposed to be "mild", did not reach a favorable end.[3] We aimed to compare the prognosis between thrombolysis and ordinary anti-platelet strategies in Chinese AIS.

Our hospital is one of the tertiary teaching institute attached to the Guangzhou Medical University, which is financed by government and located in the central downtown of Guangzhou city, having a total of 1,200 beds and supplies emergency medical services covering 1.5 million residents and admits more than 500 documented stroke patients each year. The number of inhabitants in the city has exceeded 12 million. One of the authors (LN) was ever a collaborator of the Imaging-based Thrombolysis Trial in Acute Ischemic Stroke-II.[4]

We searched the patients who had been consecutively registered in our database from January 2005 to June 2012. The survey was approved by The Ethics Committee of the First Affiliated Hospital of Guangzhou Medical University. The inclusion criteria were the following: (1) primary diagnoses of cerebral infarction coded with International Classification of Diseases 10th edition I63 to I69; (2) symptoms onset to treatment time within 6 h; (3) thrombolysis with alteplase as per NINDS Trial protocol or ordinary anti-platelet therapy such as aspirin and clopidegrel. Exclusion criteria included: (1) symptoms and signs diminished rapidly without apparent neurological deficits; (2) no visible lesions on diffusion weighted image in magnetic resonance imaging; (3) cerebral infarction caused by serious metabolic in-balance or infections. Patients were divided into thrombolysis group and ordinary anti-platelet one. The endpoints were defined as favorable (modified Rankin Scale 0-2) or survival. Follow-up were conducted through December, 2012 by structured telephone interview.

Data for variables nearest to the time point of treatment were collected using Microsoft® Office Excel 2003 (Microsoft Corporation, Redmond, WA, USA). The variables included demographics, vital signs, laboratory tests and radiological manifestations. Known risk factors such as cardiac abnormalities, hypertension and diabetes, smoking and prior stroke were included. The time elapse before treatment was recorded. National institute of Health Stroke Scale (NIHSS) scores were recorded in documents and reviewed by an author (WY) who had passed the NIHSS training course in 2009.

For baseline independent variables, quantitative missing values were replaced by linear regression estimates. We used binary correlations to test the collinearities of independent variables and made combinations or reductions under professional considerations. Differences between groups were tested by Mann-Whitney U-test, Pearson Chi-square and Fisher’s exact test. In Kaplan-Meier curve estimation and Cox regression, log rank test and backward step-wise likelihood chi-square test were used respectively. The inclusion and exclusion criterion of stepping probability was 0.05 and 0.10 respectively. α = 0.05 (two sided) was considered significant. Data were calculated by IBM® SPSS® Statistics version 19.

Main differences of variables between thrombolysis and anti-platelet groups 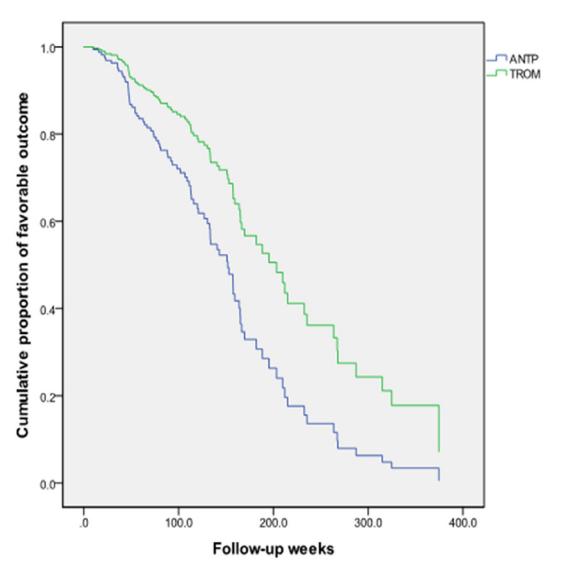 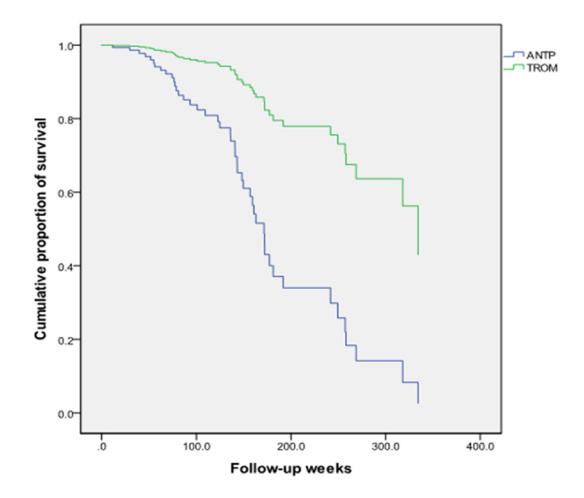 In this hospital-based retrospective cohort study, we found thrombolysis with alteplase might have a protective effect for longer period of time of favorable outcome and survival in Chinese AIS patients. To our knowledge, this is the first observational survey that compared the long-term prognoses of thrombolysis and anti-platelet therapy in mainland China. The overall estimated five-year survival rate was 50%, comparable to published data.[5] Wang et al.[6] found one-year survival rate of hospitalized AIS patients was about 89.2% in west China, much lower than that one in our cohort (98.5%). This may due to the fact that they enrolled patients with symptoms onset within 14 days. Much of them might not have received timely thrombolytic or anti-platelet therapies. With time elapsed, stroke might progress and leading to a worse end. Notably, much of patients in their data set were mild stroke (median NIHSS score 5) with high proportion of small artery occlusion (42.9%), while we enrolled more severe patients (median NIHSS score 9) with 70.8% large artery occlusion sub-type. These results might remind the importance of timely and fully managements of mild stroke, which is more common in Chinese population with unfavorable outcome,[3,7] to reach a longer survival.

Compared to that of Gensicke et al.[8] in Switzerland, Chinese AIS patients received thrombolytic therapy seemed to have longer 50% survival time (6.9 vs. 4.0 years) and good outcome (4.2 vs. 3.0 years). We cannot make a conclusion due to the disparities of pre-defined endpoint (mRs 0-1 in Swiss vs. 0-2 in CHN) but the stroke severity was comparable (NIHSS 13 vs.14), which had been proven to be the most important determinant of stroke mortality.[9] Although Asian ethnic patients in US had higher mortality rate in hospital stay after thrombolysis,[10] and we too previously reported a higher 3-month mortality rate of 18%[11] than that in western countries,[12] further study should be performed to clarity the potential benefits of thrombolysis for long-term survival in Chinese patients, with prospective design and less bias. 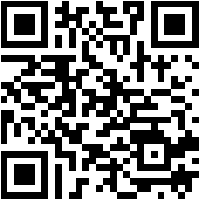