Internuclear ophthalmoplegia (INO) is caused by a lesion in the medial longitudinal fasciculus. Patients with INO are usually asymptomatic but may have diplopia and oscillopsia. The most common causes of INO are ischemia and demyelination. Occurrence of INO due to infectious etiologies like tuberculosis, AIDS, brucellosis, cysticercosis and syphilis is well known. However, clinical presentation of INO associated with herpes zoster is very rare. The possible pathogenic mechanism for Varicella zoster virus (VZV) induced INO could be demyelination or microinfarction in the brainstem. In the present study, a case of 56 years old male with double vision, with a recent history of herpes zoster, has been reported. Clinical examination revealed right INO. VZV IgM antibodies were positive and patient recovered fully after treatment with acyclovir and steroids.

In Internuclear ophthalmoplegia (INO) there is damage to the medial longitudinal fasciculus (MLF) between the 3rd and 6th cranial nerve nuclei which impairs the transmission of neural impulses to the ipsilateral medial rectus muscle.[1] It is clinically characterized by failure to adduct the ipsilateral medial rectus and nystagmus of the abducting eye. Tuberculosis, brucellosis, cysticercosis, syphilis and multiple sclerosis are the common infectious diseases which are responsible to cause INO in a patient.[2] Herpes zoster is a relatively rare etiology of INO. To the best of our knowledge, only two studies focusing on the association between herpes zoster and INO have been published so far. In agreement to the previous publications; we report here the case of a patient with INO, who also had herpes zoster vasculopathy. The goal of this report is to highlight the rare case of herpes zoster leading to INO.

A 56 years old male presented with diplopia in the left gaze was admitted. The diplopia worsened while looking at the distant objects. Occular examination revealed that he had right INO showing restriction of adduction in the right eye with nystagmus on abduction in the left eye. His vertical eye movements and convergence were normal. Pupil and fundus examination were normal. Rest of the neurological examination was also normal. Neck stiffness was not present. He had no fever. Healed herpetic scars were present in the left maxillary region.

Two weeks before the onset of diplopia he was diagnosed with herpes zoster and was under treatment with oral acyclovir. He did not have any other co-morbid illness. A previous history of chicken pox infection at the age of 10 years was reported.

The patient was treated with intravenous (IV) acyclovir and IV methylprednisolone followed by oral prednisolone. He symptomatically improved within two months.

In this study, the patient had right INO with a recent history of herpes zoster infection presenting painful rash distribution along V3 branch of the left trigeminal nerve. He possibly had damaged right MLF, without exhibiting significant brainstem lesions in the MRI of the brain. The positive serum herpes zoster IgM antibody report of the patient suggested recent reactivation of the latent VZV. The exact pathogenic mechanism by which Varicella zoster causes INO has not been elucidated, however, some studies assume it is due to multifactorial etiologies. The proposed hypothesis are: demyelination in the brainstem;[3] microinfaractions in the brainstem due to inflammatory meningovasculitis producing small vessel vasculopathy of the supplying cranial nerves.[4]

The herpes zoster particles spread along trigeminal afferent fibers and cause small vessel vasculopathy. Initially the reactivated virus spreads transaxonally to the arterial adventia and then spreads transmurally to the lumen. It causes thickening of intima, disruption of elastic lamina and loss of smooth muscle cells, which leads to occlusion of the involved vessel.[4] It has been found to be associated with disruption of atheromatous plaque and hypercoagulability induced by VZV.[5] It has also been shown that the herpes zoster vasculitis may closely mimic Giant cell arteritis (GCA).[6] Till date, only two studies have reported cases of herpes zoster infection induced INO. Caroll et al.[3] suggested that the pathologic process was due to the onset of demyelinating process in the brainstem, whereas, Al-Abdulla et al.[7] reported it could be due to herpes zoster vasculopathy that can mimic GCA. The authors reported MRI of the brain of the patient was normal; which was observed in this study as well.

In our present study, although the patient had a definite clinical history of recent herpes zoster supported by positive serum VZV IgM antibody, the MRI of the brain with magnetic resonance angiography was found normal. It is possible that microinfarctions due to restriction of the disease inflammation to a small single artery in the brainstem were not detected in MRI scans of the brain.

A spectrum of neurologic complications may follow herpes zoster infection such as motor neuropathies of the cranial and peripheral nervous system, encephalitis, meningoencephalitis, myelitis and Guillain-Barre syndrome. Our patient had presented INO after herpes zoster infection, which is a very rare neurological manifestation of VZV, however, he recovered completely with appropriate treatment. We wanted to highlight this case because of its infrequency of occurrence. 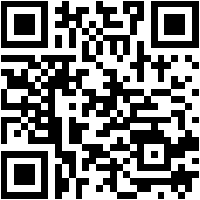