Aim: The herpes simplex virus (HSV), one of the most common viruses infecting humans, is featured by a high infection rate and usually causes complex disorders difficult to diagnose and treat. Disease progression is always combined with the specific interaction between organism and environment, but genetic factors play a decisive role in most pathogenic processes. Like most human disorders, individual difference has also been involved in the pathogenesis of HSV infection. The present study aimed to screen the potential gene loci that regulates human predisposition to HSV infection.

Methods: With reference to previous studies, inbred mouse lines with significantly distinct predisposition to HSV infection were chosen for gene loci screening. Gene sites on mouse chromosome 17 associated with susceptibility to HSV infection were then identified by correlation analysis and genome-wide scanning technique.

Results: Genes affecting the vulnerability of mice to HSV infection were mapped to three regions on the 17th mouse chromosome, D17MIT51.1, D17MIT39.1 and the region between D17MIT180.1 and D17MIT184.

Conclusion: The results suggest that the mouse genetic background plays an important role in its susceptibility to HSV-1 infection, which might be regulated by multiple predisposing quantitative trait loci.

As an infection relapse could confer severe consequence in the pathogenicity of herpes simplex virus (HSV) infection, avoiding infection and preventing recurrence after treatment is of great importance. Individual differences involved in the pathogenesis of HSV infection in mice have been long studied. Several reports related to HSV infection susceptibility further pointed to the role of genetic background in the HSV infection process.[1-5] To further analyze the susceptibility to HSV infection in different inbred mouse lines, we scanned the 17th mouse chromosome for gene sites associated with it using the correlation analysis and genome-wide scanning technique.

Firstly, 50-100 frozen tissue samples were weighed, grinded into powder in liquid nitrogen using a grinding bowel and pestle, and then immediately mixed with 1 mL Tripure. Tissue sample powder was then further homogenized 10 times using a homogenizing drill on ice for 20 min until no tissue fluid particles was visible, centrifuged at the speed of 12,000 g at 4 ℃, for 10 min. The homogenate was then kept at room temperature for 5 min to make sure the nuclear protein was totally separated. Each milliliter homogenate was mixed with 0.3 mL chloroform and shaken vigorously at 4 ℃ for 15 s, kept at room temperature for 2-15 min, then Centrifuged at 12,000 g at 4 ℃, for 15 min. To get high quality DNA, the upper layer of colorless aqueous liquid after centrifugation was removed. Each milliliter homogenate was mixed with 0.2 mL 100% ethanol which was stored at 4 ℃, mixed completely by rotating the bottle upside down several times and kept at room temperature for 2-3 min for DNA precipitation. After centrifuging at 2,000 g for 5 min at 4 ℃, the upper layer liquid was removed with a pipette carefully. Each milliliter sample solution was then mixed with 1 mL of 0.1 mol/L sodium citrate dissolved in 10% ethanol, kept at room temperature for 30 min with frequent mixing, and centrifuged at 4 ℃ for 5 min at 2,000 g again. The upper layer liquid was collected, mixed with 75% ethanol, and kept at room temperature for 30 min with frequent mixing. Then, after centrifuging at 4 ℃ and 2,000 g for 5 min, the upper layer liquid was removed and the DNA sample was dried in the air or vacuum for 5-10 min. Finally, we dissolved the DNA with 50 uL TE solution, pipetted out 1 uL sample for color comparison and another 10 uL for electrophoresis, and the residual was stored at -20 ℃ for further analysis. DNA samples were diluted with 90 uL MQ water and analyzed with ultraviolet spectrophotometer. The OD260 value, OD280 value and OD260/280 value were used for calculating the concentration of DNA.

First, 1 mL Hi-Di Formamide was mixed with 50 uL GeneScan -500 LIZ Size Standard, then mixed with 9.5 uL polymerase chain reaction (PCR) product, which was diluted 20 times. Tubes containing the above solution were placed in the PCR instrument for degeneration at 95 ℃ for 5 min, kept on ice for more than 5 min. Using an ABI PRISMTM 310 genetic analyzer of the ABI Company for electrophoresis, the voltage was set to 15 KV and run at 60 ℃ for 28 min. The samples were then collected for further analysis.

By using the software Genescan (311) and Genetyper (3.7), we could get the detected fragment size. The equipment was provided by ABI Company; the PCR amplification reagents by Baosheng Bioengineering Limited Company; and the fluorescent primers by Shanghai Jikang Biotechnology Limited Company.

Microsatellite loci with difference were marked in bold

To minimize false-positives among the above seven sites obtained using the two inbred mouse lines, we further searched the literature and found that another inbred mouse line, DBA-2, had similar susceptibility to HSV infection as BALB/C mice. Therefore, scanning these three inbred mouse lines for microsatellite loci led to the exclusion of two of the above seven loci, D17MIT245.1 and D17MIT46. Our updated scanning results showed that D17MIT51.1, D17MIT39.1 and the genomic region between D17MIT180.1 and D17MIT184 were mouse microsatellite regions affecting susceptibility to HSV infection [Table 4; Figure 2].

Microsatellite loci with difference were marked in bold

For identifying potential genes involved in the susceptibility of mice to HSV infection, we used bioinformatics to analyze the genes localized in these regions. Based on the above results, bioinformatic analysis found approximately 140 genes in the positive sites D17MIT51.1, D17MIT39.1 and the region between D17MIT180.1 and D17MIT184 [Tables 5-7]. Among those genes, there were about 33 human homologous genes that showed some of the following characteristics: (1) containing many quantitative trait loci, such as epididymal fat pad weight quantitative trait loci (QTL) 3, subcutaneous fat pad weight QTL 4, spleen weight QTL 9, etc.; (2) containing some genes related to the important physiological functions of the body such as Mut methylmalonyl-Coenzyme A mutase; (3) containing genes related to the developmental and physiological function such as early growth adjusted QTL 2, early growth QTL 5, etc.; (4) containing genes associated with some diseases such as the Down syndrome critical region gene 1-like 1, MSM lymphoma resistance 1, etc.; (5) containing mouse tissue associated antigen H-2.

Bioinformatics of genes in microsatellite loci D17MIT39.1 region on the 17 mouse chromosome

Bioinformatics of genes in microsatellite loci from D17MIT180.1 to D17MIT184 region

It has been widely observed that different species or even individuals of the same species show differences in response to infection, but the explanation for this phenomenon is still rather controversial. There have been reports suggesting that the genetic background might play an important role.[1,6-8] The causative factors for different responses to infection, the possible ways of intervention, the revolutionary changes of infection prevention, and the control that resulted from those changes have aroused great interest among the scientific community. In this study, we analyzed the genetic background that contributes to the HSV infection susceptibility.

The Herpes virus genus (Herpesviridae) is among the enveloped, linear, double-stranded DNA viruses that widely exist in nature. Approximately 100 HSV species have already been identified or partially identified. Among them, two HSV species, SV-1 and HSV-2, that share 50% homology, have been closely associated with humans. According to statistics provided by the WHO, approximately 70% of the total population worldwide carries HSV antibodies and more than one-third suffers from recurrent HSV infection. Along with its high prevalence rate, a variety of human diseases are closely related with HSV infection, including human herpes labialis, herpes conjunctivitis, 20 herpes zoster encephalitis and other diseases causing great harm to human health. HSV encephalitis is the most common, sporadic, viral encephalitis, accounting for 10-20% of acute, viral, encephalitis and 60-80% of natural mortality. Understanding the complex and specific characteristics of HSV infection-related diseases has been a scientifically and socially pressing need that has led to overcoming the recent difficulties in diagnosis and treatment.

As a viral disease seriously affecting human health with an increasing incidence in recent years, herpes simplex virus 1 (HSV-1) infection typically generates uncomfortable, watery blisters on the skin or mucous membranes of the mouth and lips,[9,10] potentially leads to encephalitis with remarkable sequelae, or vesicle eruption on genital organs.[11] More importantly, the eruption of these blisters and vesicles are frequently attributed to the long-term latent infection of HSV-1 in the nervous system.[12] Although the human HSV infection rate is very high, it is difficult to fully attract people’s attention, so it’s difficult for us to associate HSV infection with genetic background. Therefore, most of the previous HSV infection studies focused on the acquired immune response after infection, showing that T cell-mediated immune response plays an important role in resisting HSV-1 infection,[13,14] and immune suppressed or immune deficient individuals are vulnerable to opportunistic herpes virus infection.[15] Furthermore, recent studies[16,17] suggested that innate immune response plays a key role in limiting the spread of the virus. The development of innate immune germ line occurs earlier than acquired immune response system,[18] and these two mechanisms function differently. This is undoubtedly an important point that genetic backgrounds play an important role in HSV infection. Meanwhile, the clinical symptoms of acute infection, as well as the long-term pathologic processes induced by recurrent latent infection, have been shown to closely correlate with the complex viral genome structures and the molecular mechanism of viral gene transcriptional regulation and replication.[19,20]

By bioinformatics analysis, our results suggest that approximately 140 genes were found in the area of D17MIT51.1, D17MIT39.1 and the genomic region between D17MIT180.1 and D17MIT184, and functions of the majority of those genes are not fully revealed. There is a possibility that the above sites are related to the susceptibility to HSV infection, especially the growth-related genes which are highly suggestive of the importance of genetic background. Among these 140 genes, there were about 33 genes homologous to human genes. Their main functions include binding with other partners, regulating a variety of physiological processes, and the modulation of the phosphorylation process of various enzymes and coenzymes.

Based on our experimental results and bioinformatics analysis, the genetic background might play an important role in susceptibility to HSV infection, which is also consistent with most previous studies. It is worth noting that our finding is likely to be a quantitative trait locus, and may not be a particular system or population-specific mechanism. It is just a hint of this phenomenon in a particular system or population which has a relative higher or lower incidence in another race or ethnic groups. This is not consistent with some previous research.

In summary, the biological information and related data analysis suggest that these genes have important physiological and pathological functions. However, up to now, their associations with HSV susceptibility infection have not been reported, suggesting that they could be potential candidate genes that contributed to the different susceptibility to HSV infection.

Because HSV infection phenotypes have not been clearly defined yet, some issues are far from a consensus. For instance, whether the differences in response to HSV infection really exist and whether the genetic background plays a role in it. All these issues will undoubtedly limit the objectivity of this research. It is also necessary to validate the results in the present study by expanding the sample size, further investigating the role of the regulatory regions in regulating susceptibility to HSV infection. Furthermore, the functions of genes near these microsatellite loci, as well as their functions in regulating susceptibility, deserve further investigation.

Ethics approval was obtained prior to the commencement of the study. 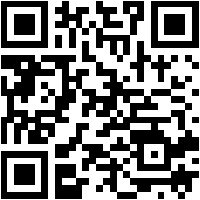