In recent years, anti-N-methyl-D-aspartate receptor (NMDAR) encephalitis overlapping with demyelinating disorders has attracted more and more attention. The case is about a 52-year-old woman with anti-NMDAR encephalitis presenting acute disseminated encephalomyelitis (ADEM)-like clinical/magnetic resonance (MR) findings. Here, the authors report this case and briefly review her MR evolution and the conditions of her prognosis. The recognition that patients with anti-NMDAR encephalitis may have demyelinating disorders, simultaneously or sequentially, is important. Otherwise, a high dose of steroid treatment with several courses could obtain good effect, even if given in the late phase.

A 52-year-old Chinese woman presented with fever, headaches, neck rigidity, and apathy. She was treated successively with intravenous acyclovir and dexamethasone (DXM) in small amounts (10 mg/day) to control the symptoms as if they were from viral meningitis. Over the following weeks, the patient became progressively confused and had difficulty with walking and urinary and fecal incontinence. She was then transferred to our hospital. A clinical diagnosis of autoimmune encephalitis was considered, and she was treated with high doses of intravenous methylprednisolone (1 g/day for 3 days, 0.5 g/day for 2 days, 0.25 g/day for 1 day) with two courses of treatment.

Figure 1. Magnetic resonance imaging (T2 flair) (A-D) disseminated demyelination lesions intracranial and spinal cord within 1.5 months after onset; (E-H) within 3 months after onset (in which she was treated with high dose intravenous methylprednisolone)

Most patients with anti-NMDAR encephalitis will have complete or near-complete recovery. However, if it is concurrent with demyelination, there are more deficits, and more intense immunotherapies are often required.[2] Therefore, awareness that anti-NMDAR encephalitis and a demyelinating disorder may occur in the same patient is important for facilitating timely diagnosis and treatment. The pathogenic mechanism of anti-NMDAR encephalitis and demyelinating disorders coexisting is unknown. Several active immune mechanisms may likely play. One may be that functional NMDARs are composed of 5 different subunits as GRIN1, GRIN2A, GRIN2B, GRIN2C and GRIN2D, and these subunits may be associated with demyelinating disorder.[6] Additionally, Lipton’s[7] work showed that oligodendrocytes and myelin contain NMDAR and that molecular mimicry or immune cross-reaction might be involved[8] in pathogenesis. However, the exact relationship between NMDAR antibodies and myelin dysfunction still needs more study.

Our case is notable for the simultaneous occurrence of anti-NMDA receptor encephalitis with ADEM-like clinical/MR features, where, after given a high dose of steroid treatment, the patient had a good prognosis. The patient’s first signs were symptom of encephalitis: fever, headaches, and mental abnormalities that could not be controlled with DXM 10 mg/day and got worse. Gradually, she developed features of disseminated encephalomyelitis: confusion, difficulty walking, and urinary and fecal incontinence. With high doses of hormone therapy for two periods, the above symptoms were improved. Although early and aggressive therapy had not been given to this patient, a high dose of steroid treatment was given in the late phase[10] (1 month after onset), and had a good therapeutic effect. At 3 months after onset, her motor skills, responsiveness, and speech improved rapidly.

In conclusion, it is very important to recognize that patients with anti-NMDAR encephalitis may present as ADEM-like clinical/MRI features, simultaneously or sequentially. In addition, anti-NMDAR antibodies should be assessed in patients with encephalitis or psychiatric symptoms, even when the MRI suggests demyelinating disease. Future studies should pay more attention to these associations. In the mean time, a high dose of steroid treatment could be the first consideration. Even if given in the late phase, there may still be good effects. 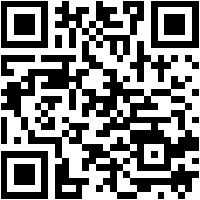