Anti-N-methyl-D-aspartate receptor (NMDAR) encephalitis is caused by reversible neuron dysfunction associated an autoantibody-mediated decrease of NMDAR in the entire brain. A N-methyl-D-aspartate (NMDA) -agonist treatment for anti-NMDAR encephalitis might have a role considering its specific mechanism. The authors used D-cycloserine, a partial NMDA-agonist in a refractory case with prolonged intensive care unit duration. A 13-year-old female presented with headache, cognitive deterioration, generalized seizures, coma and hypoventilation with required mechanical ventilation. Anti-NMDAR antibodies were identified in cerebrospinal fluid and serum confirming anti-NMDAR encephalitis. The patient was refractory to first-line and second-line immunotherapy and removal of ovary teratoma. D-cycloserine was then administered and her symptoms improved gradually and significantly. This is the first reported case in which D-cycloserine was applied to this disease. D-cycloserine might be a potential option as specific treatment in anti-NMDAR encephalitis.

A previously healthy 13-year-old female presented with headache and nausea without fever. One week later, she progressively developed agitation, cognitive deterioration, generalized seizures, coma and hypoventilation with required mechanical ventilation. Brain magnetic resonance imaging was normal. Cerebrospinal fluid (CSF) analysis demonstrated pleiocytosis (180 white cells/µL) with a normal protein and glucose concentration. Anti-NMDAR antibodies was identified in CSF and serum confirming anti-NMDAR encephalitis. The patient was initially treated with intravenous immumoglobulin (IVIg) and methylprednisolone with no improvement. Four weeks after the onset, ovary teratoma was identified on ultrasound and laparoscopic resection was performed with pathological diagnosis of teratoma. After the operation another 2 cycles of IVIg, cyclophosphamide (IV 500 mg/m2 monthly) and mycophenolate mofetil（1,000 mg/d）was added because of insufficient clinical response. Five months after initial presentation, no remarkable clinical improvement was observed. The patients were still unconscious with recurrent seizure, chorea, tackycardia and episodes of hypoventilation requiring mechanical ventilation. D-cycloserine was then administered 125 mg/d for 1 week followed 250 mg/d. Two weeks after the first administration of D-cycloserine, her symptoms improved gradually. Seizure and choreic movements were reduced and hypoventilation disappeared, leading to discharge from the intensive care unit. Two weeks later, a further improvement was observed. She was able to understand simple orders. Seizure and chorea had disappeared. D-cycloserine was reduced to 125 mg/d and then stopped. The patient is functionally normal now with modified Rankin Score 0 at her last follow-up 1 year from disease onset.

The cellular mechanisms of anti-NMDAR encephalitis are a specific and reversible decrease of NMDAR surface density due to immunoglobulin G-mediated internalization. The internalization is caused by crosslinking of the receptors by the autoantibodies.[2] As we know, antibody-mediated receptor internalization had been demonstrated for myasthenia gravis.[3] Symptomatic treatment with pyridostigmine in myasthenia gravis is relatively specific considering its mechanism. It is reasonable for neurologist to find and apply a NMDA-agonist to treatment of anti-NMDAR encephalitis.

D-cycloserine, known as anti-tuberculotic medicine, has been widely introduced to neuropsychiatric studies, since its central activation mechanism as a partial NMDA-agonist has been found.[4,5] Increasing evidence suggests that D-cycloserine may be effective in various psychiatric diseases, including schizophrenia, anxiety disorders, addiction, major depression and autism as well as in neurological diseases, including dementia, Alzheimer’s disease and spinocerebellar degeneration.[5,6] D-cycloserine acts at the glycine-binding site of the NMDA receptor, which is located at its NR1 subunit. As a partial agonist, D-cycloserine acts like an agonist at low doses but has antagonistic features with high doses. The doses of D-cycloserine used for modulation of neuroplasticity are lower than for antituberculotic indication. The typical application in antituberculosis therapy is 250 to 500 mg twice daily. In the neuropsychiatric studies, D-cycloserine was administrated at a dose of 50 mg/d to 250 mg/d.[5,6] The pharmacological properties of D-cycloserine indicate its potential as central nervous system modulator. The maximum concentration in blood is reached 2 h after oral application. About 54-79% of oral intake reaches the CSF.[7,8]

This preliminary study is limited by the fact that spontaneous remission of symptoms even after severe and long disease duration is still expected in anti-NMDAR encephalitis while the treatments with cyclophosphamide and mycophenolate may take 3-4 months to have responses. We cannot draw conclusions that the clinical improvement was a consequence of the D-cycloserine treatment.

In conclusion, D-cycloserine seems to be a promising symptomatic treatment for anti-NMDAR encephalitis. Further studies are warranted to evaluate the effectiveness of D-cycloserine. Understanding the mechanisms underlying the disorder will lead to discover novel therapy including other NMDA-agonists.

We thank our patient and her family. 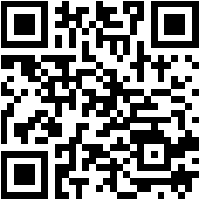