Neuroimaging evidence of disconnection syndrome of Alzheimer’s disease (AD) is extremely fascinating. In the study by Brier et al.,[1] they examined resting-state functional-connectivity magnetic resonance imaging (rs-fcMRI) in 5 functionally defined brain networks: default mode network (DMN), executive control network (CON), salience network (SAL), dorsal attention network (DAN), and sensory-motor network (SMN). Within a large sample size of human participants of either sex (n = 510), they divided subjects into three subgroups according to different AD severities, i.e. unaffected (clinical dementia rating, CDR 0), very mild (CDR 0.5), and mild AD (CDR 1). The major findings of this study were as follows. First, they found a loss of intra-network correlations in the DMN and other networks at CDR 0.5. Second, they found increases of intra-network correlations within the SAL between CDR 0 and CDR 0.5; however, they found reduced intra-network correlations within all networks at CDR 1. Third, they found that the three network pairs, DMN-DAN, DMN-SMN, and CON-SMN were preferentially affected at certain CDR stages. Finally, they found all inter-network correlations consistently reduced with advancing CDR stage.

Therefore, the authors concluded from their study that AD is associated with widespread loss of both intra- and inter-network correlations; these findings suggested that AD pathology may manifest focally in certain region of interest (ROI) pairs but not others. This is all good news for understanding AD pathophysiology and reinforces an integrative view of the brain’s functional organization.

After reading the article with interest, I have some concerns about the study as follows:

First, in their study,[1] the authors defined 36 spherical (6 mm radius) ROIs by maximizing the topographic concordance between mapping derived by seed-based correlation and by spatial independent component analysis (ICA). A problem of ICA derived networks is they separate brain areas into subnetworks that show higher interconnectivity with each other. In addition, this approach can lead to overlapping anatomical areas that complicate the interpretation of the brain areas.

Third, the authors performed a one-way analysis of variance and post hoct-tests. However, they did not control the effects of age, education, or sex on the resting-state intra- and inter-network functional connections, which may have affected the results. 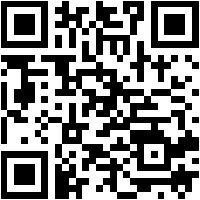