Takayasu arteritis (TA) is an uncommon disease of young women, characterized by granulomatous vasculitis of medium and large arteries. Neurological involvement is reported in only a minority of patients and occurrence of neurological syndromes as the first manifestation of disease has been rarely reported. We present clinical, laboratory and imaging findings of a 40 years old lady with TA, who initially presented with clinical manifestations of stroke in form of aphasia. The rarity of the disease and especially such a presentation can cause considerable delay in the diagnosis and treatment.

Atherosclerotic and embolic disease is common causes of ischemic stroke in both young and old patients. In the young however, a wider array of systemic and vascular diseases must be given consideration. Systemic inflammatory or autoimmune diseases, hypercoagulable states and vascular diseases such as dissection are responsible for about 20% of cases, while no certain cause is found in about one-third of young stroke victims.[1]

Takayasu arteritis (TA) is a chronic inflammatory disease of unknown etiology, characterized by granulomatous vasculitis of large and medium sized arteries, especially aorta and its branches.[2] During the course of the disease, neurological involvement (such as transient ischemic attack, stroke, and cranial nerve palsies) is seen in 10-20% of cases.[3-5] However, occurrence of neurological syndromes as the first manifestation of the disease has been rarely reported.[6-9]

A 40-year-old Indian female with no significant past medical history presented with sudden onset aphasia. There was no history of limb weakness or facial asymmetry. There was no known family history of cardiac, cerebrovascular or autoimmune disease. On examination, the patient was moderately built and afebrile. Her left and right radial and brachial pulses were absent. Blood pressure in right upper limb was unrecordable and left upper limb was 120/70 mmHg. Blood pressure recorded in the lower limbs was 130/80 mmHg on both the sides. There was a thrill associated with a bruit over the right carotid artery. All the lower limb pulses were felt. She had wernicke’s aphasia, no facial asymmetry, limb power was normal. Cardiovascular examination was normal. There were no renal vascular bruits and optic fundi did not reveal any abnormality. 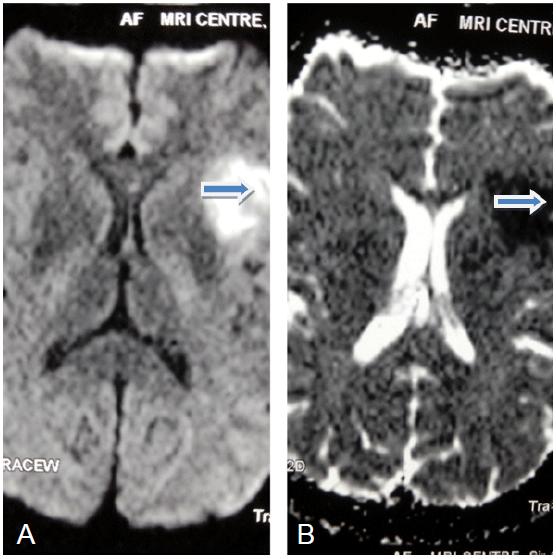 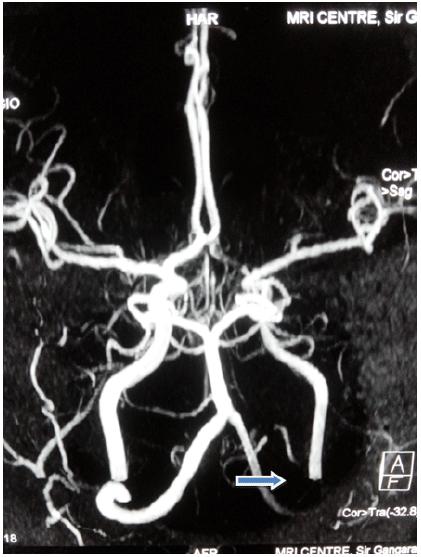 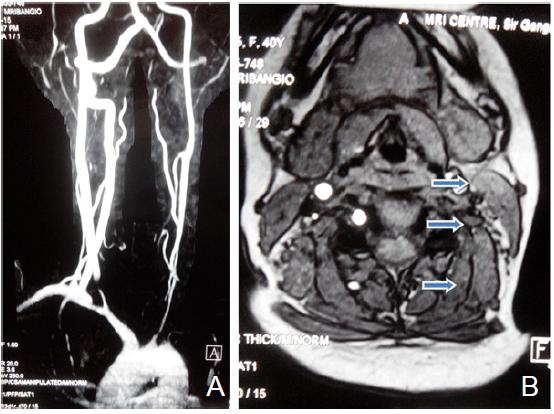 Takayasu’s arteritis, also known as pulseless disease, is a chronic inflammatory disease of unknown etiology that affects the aorta and its main branches and is characterised by chronic vessel inflammation leading to wall thickening, fibrosis, stenosis, and thrombosis. It is a rare disease and was first reported in 1905 by Mikito Takayasu,[10] an ophthalmologist, in a case with peculiar changes in the central retinal vessels. This disorder is most common in Japan and to date more than 5,000 patients have been registered by the Japanese government.[11] Women are affected in 80% to 90% of cases, with an age of onset that is usually between 10 and 40 years.[12] It has a worldwide distribution, with the greatest prevalence in Asians.[13] Panja’s series of 650 cases of TA, the largest series in India reported an incidence of stroke of 22%.[14]

The etiology of Takayasu’s arteritis is unknown, but evidence suggests an autoimmune process, given the association with certain human leukocyte antigen (alleles and other autoimmune processes such as sarcoidosis and inflammatory bowel disease. It is also suggested that tuberculosis may have an association, given a high prevalence of active and past infection in patients with Takayasu’s arteritis.[15]

The pattern of Takayasu’s arteritis is typically triphasic, consisting of a systemic nonvascular phase, a vascular inflammatory phase, and a quiescent “burnt out” phase.[16] The symptoms of Takayasu’s arteritis vary depending on the site and degree of arterial lesions. Most patients initially present with non-specific symptoms, such as fever, night sweats, malaise and arthralgia. As the disease progresses, symptoms of end organ disease due to the ischemia, including renovascular hypertension or coronary artery disease, may develop. As inflammation progresses, stenotic lesions develop and patient develop associated symptoms. Diminished or absent pulses, vascular bruits, hypertension, retinopathy, aortic regurgitation, congestive cardiac failure, neurological manifestation and pulmonary artery involvement are some of common manifestations of these patients.

The American College of Rheumatology established classification criteria for the diagnosis of Takayasu’s arteritis: age at disease onset ≤ 40 years; claudication of the extremities; decreased pulsation of one or both brachial arteries; difference of at least 10 mmHg in systolic blood pressure between the arms; bruit over one or both subclavian arteries or the abdominal aorta; arteriographic narrowing or occlusion of the entire aorta, its primary branches, or large arteries in the proximal upper or lower extremities, not due to arteriosclerosis, fibromuscular dysplasia, or other causes.

The presence of three out of six criteria is required for diagnosis and demonstrates a sensitivity of 90.5% and a specificity of 97.8%.[16]

Steroids are the mainstay of treatment for Takayasu’s arteritis. Steroid unresponsive patients can be treated with cytotoxic drugs including cyclophosphamide, azathioprine, and methotrexate. Treatment should aim to control disease activity, preserve vascular competence with minimal long term side effects. Surgical treatment is offered to those with severe stenosis of renal artery, extremity claudication, stenosis of three or more cerebral vessels, or evidence of coronary artery involvement.

Our patient had no past history of systemic manifestations like fever, joint pains, and weight loss. Neurological deficit heralded the onset of disease. She had five out of six of the criteria set forth by the American College of Rheumatology and was thus diagnosed with Takayasu’s arteritis.

In conclusion, when confronted with patients with neurological problems, we should be aware of rare but possible causes, which may be treatable or at least positively modifiable with correct and timely diagnosis. Although neurological manifestations are common in patients with Takayasu’s arteritis in the chronic phase, acute stroke as an initial presentation has rarely been reported. Our patient shows that Takayasu’s arteritis should be considered in the differential diagnosis of young stroke. This case again emphasises the importance of looking for peripheral pulses and recording blood pressure in all four limbs at least in young stroke patients. 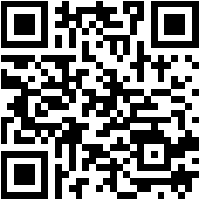