Schizophrenia is a severe psychiatric disorder that has a worldwide prevalence of 0.5%[1] and poses a high cost to society.[2] The disorder is characterized by positive symptoms, such as hallucinations and delusions,[3] negative symptoms, such as impaired emotional functioning and behavioral disruptions (e.g. flat affect, difficulty in starting activities and completing them, etc.),[4] and cognitive symptoms, such as deficits in executive functioning, impaired working memory, and attention problems.[5] Less known to the general public is the fact that a large number of the patients with schizophrenia suffer from sleep disturbances, such as reduced sleep efficiency, reduced total sleep time, and increased sleep latency.[6] Surprisingly, those sleep problems in patients with schizophrenia are also often under-estimated in daily clinical practice.[7]

In the Diagnostic and Statistical Manual of Mental Disorders 5th Edition (DSM-V),[8] sleep-wake disorders are classified into 10 disorders or disorder groups (e.g. insomnia disorder, restless legs syndrome, circadian rhythm sleep-wake disorders, etc.). Patients suffering from sleep-wake disorders have problems with respect to the quality, the timing, and the total amount of sleep,[8] leading to distress and impairment in their social and cognitive functioning.[9]

Several treatments have been used in patients with schizophrenia, as well as patients with sleep-wake disorders. Pharmacological treatment with first- and second-generation antipsychotics (e.g. amisulpride, clozapine, olanzapine, risperidone, etc.) is still the most frequently used treatment in patients with first-episode and long-term schizophrenia.[10] However, mainly because of the adverse effects of the pharmacological treatment, non-pharmacological add-on treatments, such as cognitive behavioral therapy,[11] are being increasingly used. Sleep-wake disorders are mostly treated with pharmacological interventions, such as benzodiazepines, zolpidem, zaleplon, etc., but unfortunately, side-effects are common here, as well.[12] In addition, non-pharmacological interventions, such as cognitive psychotherapy, sleep hygiene, relaxation therapy, acupuncture, etc.,[13,14] are used.

Here, an important finding is that in previous research, patients with schizophrenia tended to underestimate their problems on self-report inventories.[16] Therefore, in future research, both "objective" (e.g. electroencephalography, actiwatches, etc.) and “subjective” (e.g. self-report inventories, such as the Pittsburgh Sleep Quality Index,[17] Munich Parasomnia Screening,[18]etc.) measurements must be used if the efficiencies of various pharmacological and non-pharmacological treatments of patients with schizophrenia and comorbid sleep disorders are to be determined with accuracy. 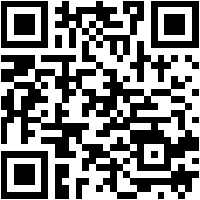