Movement disorders of paraneoplastic etiology are very rare, representing solely about 1% of all paraneoplastic neurological syndromes.[1] The most frequently associated carcinoma is small-cell lung cancer, although several others are reported such as hematologic, bowel, breast, prostate and bladder. It was reported an association with CV2/CRMP5, Anti-Hu/ANNA, CASPR2 and Yo antibodies, which are detectable in serum in most cases, isolated or in association.[1-4] However, in a minority of cases an autoantibody cannot be detected.[1] The antibody most frequently associated with paraneoplastic chorea is CV2/CRMP5, followed by Anti-Hu/ANNA. In a PNS EuroNetwork cohort[1] only 1/13 patients presented with unilateral chorea.

We present the case of a 62-year-old woman, smoker, who was observed in a neurology clinic because of involuntary movements of the left arm with one-month evolution, without any other complaint. At neurological examination, it was clear a unilateral chorea of the left limbs, worse in the left arm. The remaining examination was unremarkable. Treatment with risperidone and haloperidol were tried, without any symptom improvement. An etiology was extensively sought. The cerebral magnetic resonance imaging was normal. Hu/ANNA1-Ab and CV2/CRMP5-Ab in serum were negative. The patient refused a search for other antibodies and a lumbar puncture. A thoracic computed tomography revealed a mass in the superior lobe of the left lung. The biopsy allowed the diagnosis of a small-cell lung cancer. The patient started on chemotherapy seven months after the first symptoms and radiotherapy afterwards. Light respiratory complaints (dry cough) started only after the first chemotherapy cycle, approximately nine months after the beginning of the chorea. The chorea improved gradually along the first four cycles of treatment. She remained with occasional weak involuntary movements of the left hand. Unfortunately, eight months after the beginning of the oncological treatment, the disease worsened suddenly and she died a few weeks later.

Our patient started with chorea several months before the definitive diagnosis of lung cancer was made and manifested respiratory symptoms only a couple months after the beginning of chemotherapy. The most frequently associated antibodies were excluded in serum and we were unable to pursue the investigation because of patient refusal. A higher rate of detection of paraneoplastic autoantibodies in cerebrospinal fluid and serum when compared to serum alone is reported.[5] Therefore, in the present case we can’t exclude an association of the hemichorea with an undetected antibody.

We would like to emphasize the great significance of an extensive and precocious search for an auto-immune and, particularly, paraneoplastic cause in patients with late-onset chorea, even when isolated and/or focal, in order to provide an early diagnosis and a precocious start of oncological treatment, to allow an improvement in the prognosis.

Written consent was obtained from the patient versed in the article.

This kind of article does not require document for ethics approval. 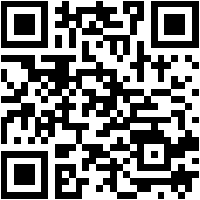