On the need to unify neuroscience and physics

Neuroscience is a relatively new research field that, so far, has resulted in important progress in understanding the physiology, biochemistry, pharmacology, and structure of the vertebrate brain.[1] Because of this progress, spectacular technological developments,[2] i.e. positron emission tomography, functional magnetic resonance imaging, transcranial magnetic stimulation (TMS), diffusion tensor imaging, magneto-encephalography, electro-encephalography, etc., and new treatments based on them, such as high-frequency repetitive TMS (rTMS),[3] deep brain stimulation,[4]etc., have been of great use. However, despite those technical and clinical successes in neuroscience, in which the advances in physics[5] have played a substantial role, one fundamental problem is still unsolved, namely, how to unify neuroscience and physics?[6] As we will discuss in the present editorial, not only is this problem important from a purely fundamental, theoretical perspective, but it is also vital for the development of more optimal treatments in clinical neuroscience.

In recent years, we have seen fascinating new discoveries in the field of neuroscience, such as the brain’s dark energy,[7] the existence of a default mode network,[8]etc., and as a result of those discoveries, views on the human brain’s processing and functioning have been evolving. For a long time, brain function was studied by investigating physiological responses to environmental demands.[9] However, although this is an interesting approach, this is only a small part of the story because this theoretical framework does not take into account that a large part of the brain’s energy is devoted to intrinsic neuronal signaling instead of extrinsic demands.[10] Here, worthy of important note is that a miswiring of brain regions involved in the default mode has been suggested to play a significant role in various neurological diseases, such as Alzheimer’s disease, schizophrenia, etc.[10] Last year, the existence of a so-called "extrinsic mode network" was proposed.[11] This network is considered to be complementary to the default mode network; when one of them is up-regulated, the other is down-regulated. In this case, the extrinsic mode network would be responsible in tasks whereas the default mode network would be activated in task-absent situations.[11] The extrinsic mode network is conceptualized to be a cortical network for "extrinsic" neuronal activity while the default mode network is considered to be a cortical network for “intrinsic” neuronal activity. Despite the fact that these frameworks are theoretically useful, they can only explain one part of brain functioning because they do not explain how the human brain (and organism) is embedded in and connected to the world around it. In other words, a complete neurological theory of human (un)conscious brain processing should always be explainable and describable by the laws of physics because the human species is part of nature and is subject to nature’s underlying fundamental laws.

In other words, to date, the link between physics and neuroscience has been missing, so now is the time to find this missing link.[6] Many attempts have been made to build a bridge between physics and neuroscience, but somehow the puzzle remains incomplete. For instance, one of those attempts is the so-called "Orchestrated objective reduction (Orch-OR)" hypothesis,[12] but proving the existence of quantum processing in microtubules turned out to be difficult,[13] which made neuroscientists skeptical about this possible solution. In addition, many neuroscientists consider it to be a poor model of brain physiology.[14] Nevertheless, Penrose and Hameroff seem correct in their assumption[12] that a theory of everything[15] should not only fit within the laws of classical and quantum mechanics but also fit within the fundamental laws of neuroscience. Note that in fact, the human brain is a conglomeration of atomic constituents, and as a result, it should be subject to the laws of physics.[16]

However, perhaps the solution to this apparently unsolvable problem is simple; it might have to do with the way in which we describe nature and with the difference in human "conscious" versus “unconscious” brain processing. Although at the conscious level, we do not have the impression that our brain processing is connected to and interacting with the environment surrounding us, this might be the case at the unconscious level (e.g. think about the special role of the observer’s[17] (un)conscious brain processing and interaction in physics[6]). At the conscious level, we have the impression that we can only consciously interact with the environment that surrounds us, for instance, when we kick a ball, the ball will move. Humans observe themselves as an individual information processing entity not continuously interacting with and not continuously connected to the information around them (for instance, we do not notice this when we are asleep). Only the laws of classical mechanics seem to apply to us, but this cannot be the reality; it must be a human illusion. Moreover, we tend to overemphasize the importance of conscious human information processing[18] because as a matter of fact, like an iceberg where on average only 10% is visible above the surface of the water, most of the information processing during the day, and particularly during the night,[19] is done unconsciously.

To conclude, neuroscience is a relatively new research field, so many discoveries are still to be made. Moreover, further technical advancements are required because the temporal resolution of the neuroimaging techniques available today is way too slow[20] to detect any kind of quantum processing in the human brain. To date, we do not fully understand the underlying physics of the brain; consequently, we are influencing processes (for instance, when we use brain stimulation for clinical purposes in neuroscience) that we do not completely understand. A better understanding of the brain’s underlying processes is needed before those brain stimulation treatment techniques can be applied without any risks.[21] Finally, perhaps the time has come to re-think physics,[22] and although classical and quantum mechanics have helped us to describe nature; in fact, what is really needed to take the next step is to consider the whole universe/nature as simple information[23] in which the human brain/organism is only a tiny information processing system embedded in and interacting with that universe/nature.[6]

The authors thank Prof. Bruce Rosen, Harvard Medical School, Cambridge, MA, USA. Our mutual work on brain processing and neuroimaging was very inspiring and eventually resulted in the writing of the present editorial. 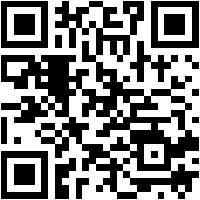