The authors report the first case of thrombolysis in a patient already receiving both aspirin and prasugrel following a recent ischemic coronary event. A 55-year-old gentleman was treated for inferior wall myocardial infarction with aspirin, prasugrel and percutaneous angioplasty of right coronary artery. Three days following the procedure he developed acute ischemic stroke due to a left middle cerebral artery infarction with a National Institute of Health Stroke Scale (NIHSS) of 24 and was treated with alteplase. Therapy was interrupted after completion of 29 mg (for a body weight of 65 kg) dose due to oral bleeding. Fifteen minutes post thrombolysis NIHSS was 5 and dropped to zero after 12 h. This report highlights the benefits of alteplase in the context of several relative contraindications like the setting of acute myocardial infarction treated with percutaneous intervention and high NIHSS.

Intravenous thrombolysis is the standard of care in acute ischemic stroke, and is associated with significant improvement in outcome measures[1]. Intracerebral hemorrhage is an absolute contraindication for thrombolysis. While due diligence must be exercised, strict interpretations of relative contraindications might prove a barrier to potentially life changing thrombolysis in stroke[2,3]. Hence decisions regarding thrombolysis are made on a case-by-case basis[4]. We report a patient who, whilst on prasugrel and aspirin for post-myocardial infarction (MI), made a dramatic recovery from acute ischemic stroke after thrombolysis.

A 55-year-old gentleman was referred to our hospital two days following the development of inferior wall myocardial infarction (IWMI) diagnosed as ST-elevation myocardial infarction (STEMI) that had been treated with antiplatelets and statin. The last ECG at the time of discharge after the IWMI revealed evolved infarction. Three days after the onset of IWMI he underwent percutaneous angioplasty of the right coronary artery. Three days following this procedure, he was discharged on the following medications: aspirin 150 mg/day, prasugrel 10 mg/day, and atorvastatin 40 mg/day. While being discharged he developed weakness of right sided limbs, inability to comprehend or talk, and became drowsy. There was no history of headache, vomiting, or convulsions. At the emergency room, his vital parameters were: BP 110/60 mmHg, pulse 64/min. He had global aphasia, right gaze palsy, right hemiplegia, hemianopia, hemihypoaesthesia, and sensory inattention. National Institute of Health Stroke Scale (NIHSS) was 28. Blood sugar was 160 mg%. CT scan of the brain was unremarkable. MRI of the brain, done 30 min after the onset of stroke, revealed a moderate sized infarct involving the left middle cerebral artery territory [Figure 1A and B]. MR angiogram revealed diffuse pruning of M1 and significant reduction of signals in M2 and M3 segments [Figure 1C]. Echocardiogram revealed no intracardiac clot.

The risks and benefits of intravenous thrombolysis were discussed with the family. After obtaining informed consent alteplase was administered. Stroke-onset to needle-time was 55 min. Following the bolus of 5.5 mg, a mild improvement in motor power was noted when he could minimally move the right lower limb. There was a gradual improvement of limb power during the infusion of alteplase. He developed an oral bleed after 29 mg of the drug had been infused. Further infusion was discontinued. Limb power improved to grade 3/5 over the upper and lower limbs, and verbal comprehension was normal. However, he continued to have Broca’s aphasia. CT scan of the brain, done immediately, did not reveal intracerebral hemorrhage. No further administration of alteplase was done. Fifteen minutes post thrombolysis Broca’s aphasia also significantly improved and he could speak several words fluently. NIHSS was 5. Twelve hours post thrombolysis, NIHSS was zero. Repeat CT scan did not reveal any hemorrhagic complications. Aspirin, 150 mg/day, was started after 24 h and clopidogrel, 75 mg/day, after 48 h. He maintained improvement and was discharged 4 days after the onset of stroke.

Alteplase is the only approved intravenous thrombolytic therapy for stroke and is recommended in the first 4.5 h following the onset of acute ischemic stroke[1]. Contraindications to its use were derived from the exclusion criteria utilized in major stroke trials, and violation of protocols have been shown to be associated with complications, importantly intracerebral hemorrhage[5]. However, many of the contraindications have proven to be unnecessarily restrictive in real-world clinical practice, and patients have been thrombolysed off-label with consistent benefits[4,6]. Our patient had a recent myocardial infarction, traditionally considered as a contraindication for intravenous thrombolysis. Since the preferred option of mechanical thrombectomy is available only in a few select centers with such expertise, we opted for intravenous thrombolysis which has the inherent risks of myocardial rupture, pericardial hemorrhage and cardiac tamponade. Fortunately, these complications are less likely to occur with inferior wall myocardial infarction in contrast to anterior, and patients have undergone thrombolysis in this situation with benefits[7]. Also, we did not consider the percutaneous intervention, done 3 days prior, as a specific contraindication for therapy. Traditionally, an NIHSS of more than 20 or 25 has been considered as an exclusionary criterion for administration of alteplase. However mounting evidence has shown the benefits of intravenous thrombolysis, despite high NIHSS[1,8]. The occurrence of stroke while in the hospital allowed us to institute treatment within one hour, a factor that could have contributed to the dramatic recovery in our patient[9,10]. Prior antiplatelet therapy is not considered a contraindication for stroke thrombolysis. While thrombolysis has been reported in patients on aspirin or clopidogrel or both, this is the first report of thrombolysis in a patient on prasugrel.

In conclusion, stroke thrombolysis has to be considered on a case-to-case basis after careful consideration of the risks-to-benefits ratio and must be pursued where benefits outweigh the risks.

All the authors were part of the treating team. The manuscript was prepared by the corresponding author, and later read and acknowledged by all the authors.

Patient consent was obtained for publishing the case report.

Ethics committee approval was obtained for publishing the case report. 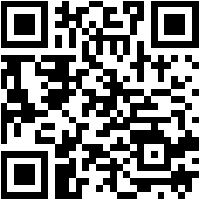