Aim: To compare the difference between viral encephalitis patients complicated with epilepsy group and those without epilepsy.

There are many methods for detection of viral encephalitis, but they all have advantages and disadvantages. Even with the best efforts, 30-60% of patients with clinically suspected viral encephalitis still cannot be diagnosed. Virological diagnosis is the "gold standard." But isolation of the virus is seldom accomplished due to the difficulty in obtaining brain tissue through biopsy and a lack of specialized facilities for viral cultures in many places. Moreover, there were greater complications of brain biopsy. Virus antibody testing in serum or cerebrospinal fluid (CSF) are simpler to perform and more widely available than brain biopsy, but it has low sensitivity because many viruses do not express specific antibodies. Virus nucleic acid testing has higher sensitivity and specificity. Polymerase chain reaction (PCR) technology has significantly improved virological diagnosis. But many laboratories fail to meet the technical requirements and, thus, restrict the widespread application in this area of clinical microbiology. Therefore, the diagnosis of viral encephalitis currently depends on cerebrospinal fluid examination, brain magnetic resonance imaging (MRI) or computed tomography (CT), and electroencephalogram (EEG). Cerebrospinal fluid examination manifests with normal or elevated encephalic pressure, normal or mildly elevated protein, and normal sugar and chloride in most cases. The numeration of leukocyte is (50-500) × 106/L in the cytological examination and most of them are lymphocytes. Cerebrospinal fluid examination has important significance for distinguishing other types of encephalitis.[3] The appearances on early EEG are mainly abnormal rhythm and increased slow wave in viral encephalitis patients.[4] CT shows foci mainly located in one or both temporal lobes and single or multiple low density foci. CT is currently used only for infant patients and patients who do not cooperate or who move restlessly. MRI is the most important imaging examination. The edge of an abnormal area on a routine MRI scan is often unclear and may include lesions and peripheral edema. It will show a long T1 and long T2 signal and a short T1 and long T2 when it is accompanied by hemorrhage. Lesions also show high signal on diffusion weighted imaging (DWI). An enhanced MRI may have a higher sensitivity for immune compromised patients and mild patients and may include blood brain barrier damage [Figures 1 and 2].[5] 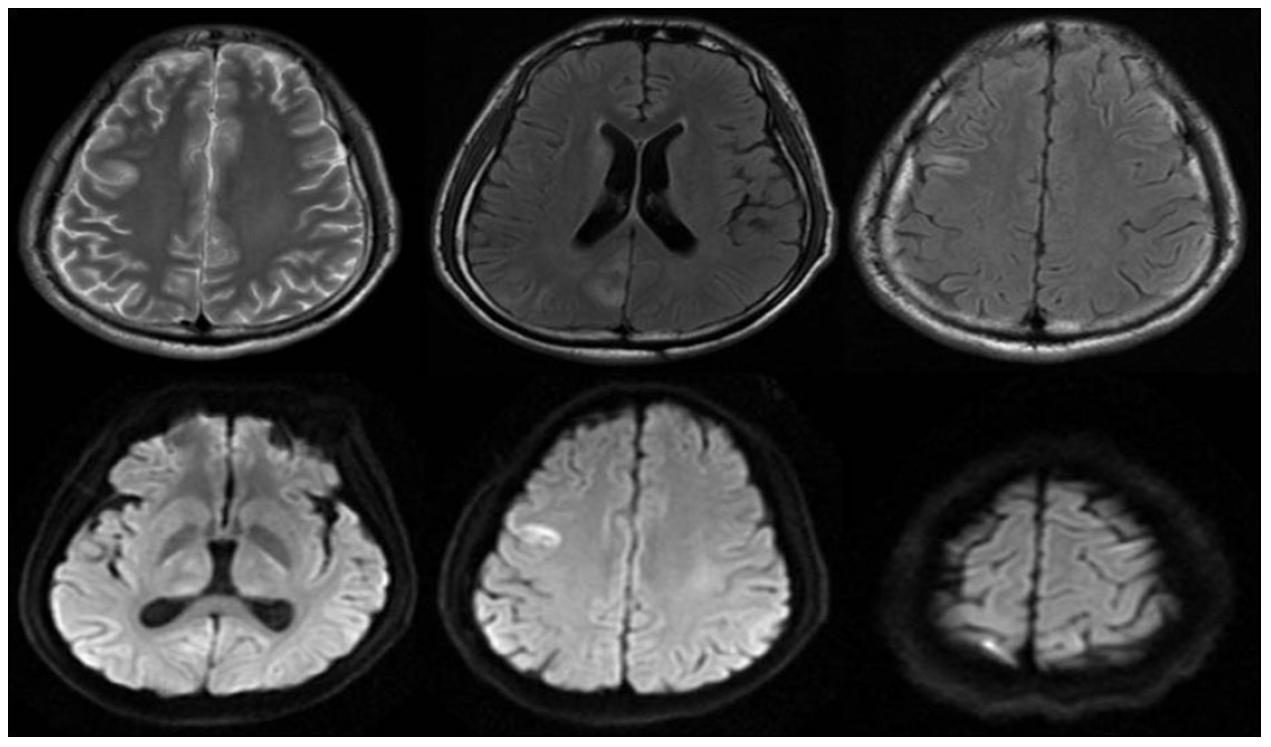 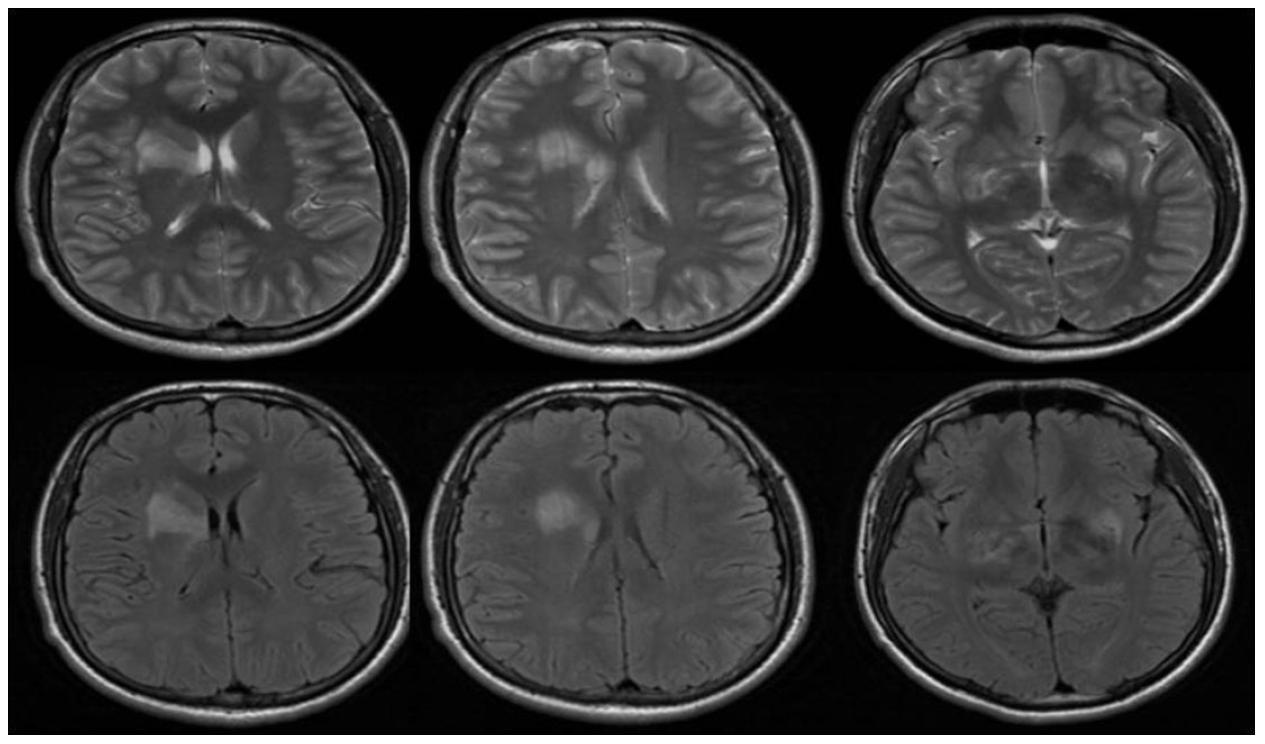 Figure 2. Abnormal signal can be seen in bilateral hippocampus and right putamen in the brain magnetic resonance imaging, shows high signal on T2WI and high signal on Flair

Viral encephalitis frequently manifests with seizures in its acute phase with an incidence of 19.0-62.69%.[6,7] Epileptic seizures may aggravate brain parenchyma damage and induce many severe complications that affect prognosis and quality of life, such as: pulmonary infectious disease; respiration-circulation failure; fractures and tongue biting in patients with general tonic-clonic seizures; and water-electrolyte imbalance in patients with status epilepticus. So far the researches of viral encephalitis complicated with epilepsy are not completely consistent. Herein, we retrospectively studied 116 cases of viral encephalitis and compared the difference between those complicated with epilepsy and those without. As a result, we are able to diagnosis early and take effective treatment to reduce mortality and improve prognosis.

We retrospectively studied 116 cases of viral encephalitis admitted to the General Hospital of Ningxia Medical University and the Cardio-Cerebrovascular Disease Hospital of Ningxia Medical University from January 2011 to December 2016. The inclusion criteria:[8] (1) acute or subacute onset, some patients had a history of prodromal infections; (2) patients had symptoms of brain parenchymal damage; (3) cerebrospinal fluid examinations were consistent with viral encephalitis; (4) there was brain parenchymal damage or brain edema on imaging and varying degrees of alteration in EEG. The exclusion criteria: (1) patients younger than 14 years were excluded; (2) patients with history of epilepsy or other secondary epilepsy were excluded; (3) we removed other explicit epileptogenic causes such as hypoxia, blood glucose abnormalities, poisoning, uremic damage and so on; (4) the main clinical materials were incomplete.

We used SPSS 17.0 for statistical and further analysis. The measurement data and enumeration data were statistically analyzed with Rank Sum test and χ2 test respectively.

Comparison of gender, nationality and entering hospital condition between the two groups

Among the 116 patients with viral encephalitis, 46 cases had definite causes. Catching cold was the main precipitating factor for 41 cases (89.13%). Two cases (4.34%) were precipitated by psychiatric and psychological factors; 2 cases (4.34%) were precipitated by overwork; and 1 case was precipitated by brain trauma. There were 96 patients (82.76%) with acute onset and 20 patients (17.24%) with subacute onset. Some viral encephalitides have a history of prodromal infections, such as, respiratory infections (especially upper respiratory tract infections), digestive tract infections, and mucocutaneous herpes. Part of the patients were complicated with severe pneumonia, atrial fibrillation, heart failure and other cardiovascular diseases, gastrointestinal bleeding, and other serious medical diseases [Table 2].

Comparison of clinical manifestations between the two groups

*stands for using the chi square test for correction

Brain imaging of viral encephalitis patients, using CT or MRI, showed foci mainly located in one or both temporal lobes, followed by frontal lobe, parietal lobe, occipital lobe, insula, hippocampus, and other parts of involvement [Table 4]. There were significant differences between the two groups in cortical involvements (P = 0.001) in which patients with epilepsy were higher [Table 5].

Comparison of imaging data between the two groups

Comparison of cortical involvements between the two groups

According to the book of Clinical Electroencephalography written by Feng,[11] EEG examination is divided into five grading standards, that is, normality, marginal state, mild abnormality, moderate abnormality, and severe abnormality. The abnormal rate of EEG is 37.07% (43 cases) in my research including 10 cases with epileptiform discharge. There were significant discrepancies between the two groups in abnormality of electroencephalogram (P = 0.001) in which patients with epilepsy are more severe [Table 6].

Comparison of EEG examination between the two groups

All viral encephalitis patients were given antivirotic treatment. Ninety-nine cases were treated with acyclovir, a broad spectrum antiviral drug, which is a purine nucleoside analog that competitively inhibits the binding of 2’-deoxyuridine to block viral DNA synthesis and interfere with viral replication. The dose is generally 0.5 g Q8 h and treatment for 2 to 3 weeks, critically ill patients can be extended according to their condition. The main adverse reactions are acute renal failure, elevated transaminase, or encephalopathy in patients with normal renal function (seizures, dysarthria, hallucinations, etc.).[12] Seventeen cases of patients were treated with ganciclovir, a derivative of acyclovir with the same mechanism of action. The conventional dose is 150 mg Q12 h, and 10-14 days for a course of treatment. The main adverse reactions are for leukopenia and kidney damage.[13] It is reported that interferon can activate natural killer cells and macrophages, enhance B cell and T cell activity, and slow viral replication. However, patients in my research have not used interferon due to its potential to aggravate nausea and vomiting, and, besides, it is expensive. Dehydration is induced in patients with intracranial hypertension to reduce intracranial pressure as well. Glucocorticoids have powerful anti-inflammatory and edema alleviating effects and are used to treat severe patients with white matter demyelination and severe brain edema. Glucocorticoid treatment is accompanied with potassium and calcium supplement and inhibition of gastric acid secretion to protect the digestive tract. Immunoglobulin can neutralize the virus, enhance immune cells, kill cells, neutralize antibodies, and other immune protection and anti-infective function.[14] But immunoglobulin is expensive and has adverse reactions, such as, allergy, transmission of blood diseases, and kidney damage. Therefore, it is currently used for rapidly progressing and severe encephalitis. One case complicated with Guillain-Barre Syndrome developed quickly and was given immune globulin. If necessary, we give electrolyte replacement and rehydration, oxygen treatment, respiratory and circulation support, etc. Among the 39 cases of viral encephalitis complicated with epilepsy, and there were 11 cases (28.20%) of patient using antiepileptic drugs (AEDs). There were 18 cases (46.15%) using magnesium valproate to treat epilepsy, and 12 cases (30.77%) using phenobarbital, 4 cases（10.26%）using lamotrigine, 2 cases (5.13%) using levetiracetam, 2 cases (5.13%) using topiramate, and1 case（2.56%）using sodium valproate. There were 7 cases (17.95%) using diazepam to prevent generalized seizure or status epilepticus. Most seizures can be terminated after treatment with one or two kinds of antiepileptic drugs; however, there were still 2 cases with status epilepticus terminated by midazolam or propofol.

According to the standard of prognosis,[15] discharge situation are divided into five conditions, that is, cure, on the mend, aggravated, death, others (due to various reasons such as the interruption of treatment). (1) Cure: all indexes including the symptoms, signs, related auxiliary examination results return to normal; (2) improved: at least one index including symptoms, signs, related auxiliary examination did not return to normal; (3) aggravated: exacerbations; (4) death; (5) others: treatment is interrupted due to the patient’s own and other reasons. The discharge situation of the two groups were statistically analyzed with Rank Sum test and the results proved that there were significant discrepancies between the two groups (P = 0.015). The prognosis of patients with epilepsy was poorer [Table 7].

Comparison of prognosis between the two groups

Viral encephalitis can occur in any season and at any age. Viral encephalitis frequently manifests with seizures. Its etiology and pathogenesis is not yet entirely clear. The pathogenesis has been found as follows: (1) in acute phase, many pathological changes can be found in viral encephalitis including the release of toxins and viral metabolites accumulation, cerebral edema, cortical arteriovenous thrombosis. All of these pathological changes can reduce the stability of cell membrane and cause epileptic seizure. Electrolyte disorders and excessively dehydration may also increase the incidence of epilepsy; (2) in the later stage, epileptogenic focus is formed in the brain. The manifestations of epileptogenic focus are neuron loss and disorganization because of cerebrocellular necrosis and gliocyte hyperplasia. Metabolic disorders of neurons, owing to ischemia, result in functional disorder ofion pumps across the membrane, resulting in the outflow of potassium ions, inflow of calcium, and sustained depolarization, which can cause seizures;[16] (3) when the hypothalamus is involved, the abnormal secretion of antidiuretic hormone leads to fluctuations of blood sodium, which can further cause brain dysfunction and cause epileptic seizures.[17]

Patient consent was obtained for publishing this work.

Ethics committee approval was obtained for publishing this work. 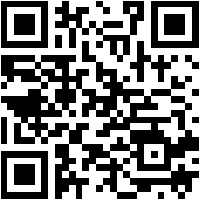