Intracranial lipomas are rare benign tumour that is slow growing, generally asymptomatic, most frequently located in the midline areas and are usually an incidental finding on imaging and therefore cases are not frequently reported. This study reports a case of a patient with quadrigeminal plate lipoma presenting with obstructive hydrocephalous and the 6th cranial nerve palsy that was successfully treated with ventriculo-peritoneal shunting without addressing the lesion.

Intracranial lipomas are very uncommon slow growing benign tumor with an incidence of less than 0.1% of all intracranial tumors usually found incidentally in autopsy or whenever computed tomography (CT) or magnetic resonance imaging (MRI) is advised for an alternative reason. Intracranial lipomas are generally congenital, benign malformations and most frequently located in the midline areas[1]. CT and MRI are usually sufficient for diagnosis of lipomas because of very low attenuation value on CT and short T1 and T2 on MRI and therefore histopathological confirmation is practically not required. We report a case of 19-year-old male who came to us with the 6th nerve palsy and diagnosed as quadrigeminal plate lipoma. We describe CT and MRI findings with brief review of literature.

A 19-year-old male, a student of grade XII was referred to our department with the complaint of headache for 2 years, multiple episodes of vomiting, visual disturbances and diplopia for 2 months. He also complained of generalized weakness since childhood. There was no history of seizure, loss of consciousness or behavioural changes. On examination, it revealed normal general condition having all systemic examinations within normal except nervous system examination where we found diplopia, the 6th cranial nerve palsy on right side [Figure 1] and bilateral papilloedema on fundoscopic examination. 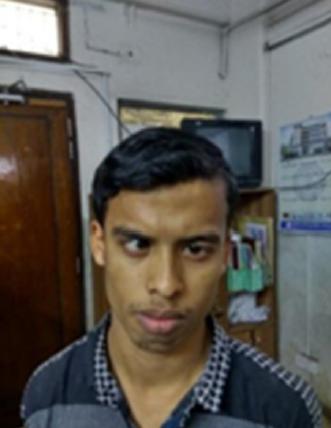 Figure 1. Showing the case with the 6th cranial nerve palsy on right side (the photograph was taken with the informed written consent of the patient)

All laboratory finding including that for fitness for being under general anaesthesia were normal. CT of head revealed a rounded well defined fat density [density-101 Hounsfield units (HU)] area measuring about 17.6 mm × 20.6 mm in the region of quadrigeminal cistern [Figure 2]. 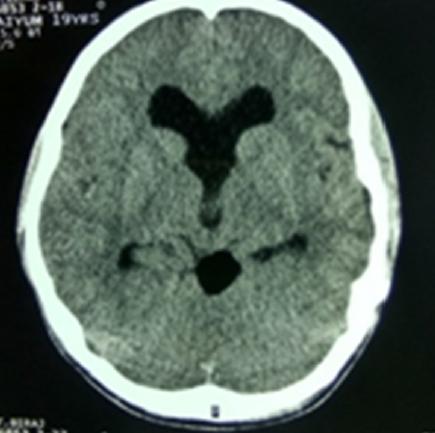 MRI findings suggested a rounded well defined hyperintensity lesion measuring about 2.1 cm × 1.9 cm in the region of quadrigeminal cistern in T1-W, T2-W [Figure 3A and B] and fluid attenuated inversion recovery images (FLAIR) sequences [Figure 4] and the lesion didn’t take contrast enhancement [Figure 3C] and diffusion weighted image (DWI) sequence suggested no restriction of diffusion [Figure 3D]. The lesion caused compression over cerebral aqueduct resulting in dilation of the 3rd and lateral ventricles. Septum pellucidum was found to be absent [Figure 4]. We diagnosised that this patient had a quadrigeminal plate cistern lipoma with obstructive hydrocephalous due to aqueductal stenosis. Thus, we performed a ventriculo-peritoneal shunting using right Kocher’s point and the cerebrospinal fluid (CSF) pressure was found to be elevated. Postoperative state was uneventful and following ventriculo-peritoneal shunting, the 6th cranial nerve palsy was resolved and the headache got subsided gradually. 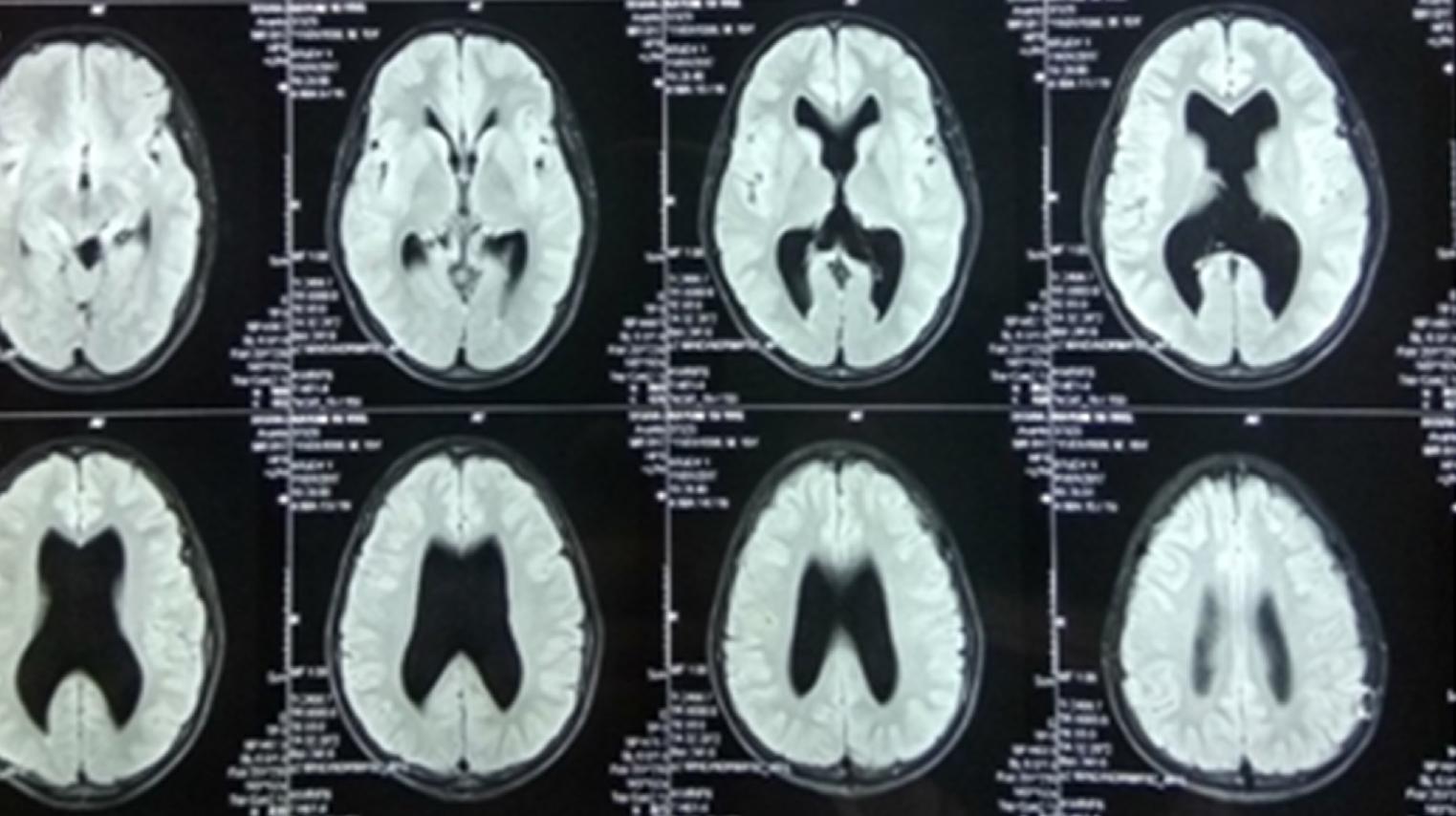 Intracranial lipomas constitute approximately 0.1% of all intracranial tumours. These benign lesions are thought to arise from differentiation of the meninx primitiva, a mesenchymal derivative of neural crest, to lipoma tissue. The vast majority of these types of lesions occur near the midline[1]. More than 50% have been reported to be associated with congenital brain malformations such as agenesis or hypoplasia of the corpus callosum[2]. Others include the absence of the septum pellucidum, cranium bifidum, spina bifida, myelomeningocele, hypoplasia of the vermis and malformation of the cortex[1]. In this case, we found that the septum pallucidum was absent [Figure 4].

The frequency of intracranial lipomas according to location are as following: corpus callosum (64%), quadrigeminal-ambient cistern (13%), infundibular-chiasmatic region (13%), cerebellopontine angle (0.06%) and Sylvian fissure (0.03%)[3]. Eighty percent of cerebellopontine angle lesions, 50% of callosal, 50% of Sylvian fissure and 20% of quadrigeminal-ambient cistern lipomas become symptomatic[2]. Intracranial lipomas are generally asymptomatic lesions and are usually an incidental finding on imaging. Symptomatic lesions are very rare and the symptoms differ per the lipoma’s location. Persistent headaches, convulsions[4,5], psychomotor retardation and cranial nerve defects may occur[6].

Symptoms are presented in 20% of cases of lipoma of quadrigeminal plate[7]. The common neurologic findings are features of raised intracranial pressure and hydrocephalous which can be managed easily with ventriculoperitoneal shunting or similar procedures used to treat excess CSF[8]. Most cases of intracranial lipoma involve children and young adults as we had a young teen male presented with intracranial lipoma[9].

Although most of lipoma found incidentally and causes no symptoms and require no intervention[8], our case had triventriculomegaly with features of raised intracranial pressure and the 6th nerve palsy [Figure 1]. The signs of raised intracranial pressure were thought to be secondary to hydrocephalus which was evident in the case reported on MRI as enlargement of the 3rd ventricle and temporal horns of the lateral ventricles [Figure 4]. On CT, lipomas demarcate areas of marked hypodensity that did not show enhancement after administration of intravenous contrast. They usually have a CT density of between -50 and -100 HU. Calcification is often present in interhemispheric lipomas - usually within the fibrous capsule surrounding the lesion[10]. MRI showed a homogeneous, hyperintense mass on T1-weighted (T1-W) images which where hypo-intense with fat suppression, hyperintense on T2-W images and hypointense on T2*-W images (due to a magnetic susceptibility and chemical shift effects), no enhancement. Vascular imaging (three-dimensional time-of-flight or MR angiography) may show arterial abnormalities. Dermoids, teratoma, lipomatous transformation of neoplasm or subacute hemorrhage should all be considered in a differential diagnosis[10].

In our case, the CT of head revealed a rounded well defined fat density (density-101 HU) lesion in the region of quadrigeminal cistern [Figure 2]. MRI findings suggested a rounded well defined hyperintensity lesion in the region of quadrigeminal cistern in T1-W, T2-W [Figure 3A and B] and FLAIR sequences [Figure 4] without contrast enhancement [Figure 3C] and no restriction of diffusion in DWI sequences [Figure 3D]. The lesion caused compression over cerebral aqueduct resulting in dilation of the 3rd and lateral ventricles. Septum pellucidum was found to be absent [Figure 4]. Treatment of intracranial lipoma depends on the size and location of tumour and can be managed conservatively and surgically if the tumour is causing an mass effect[13]. Primary objectives in the management of quadrigeminal region lipomas include obtaining definitive histology of the lesion, normalizing CSF dynamics, achieving maximum lesion excision and relieving local pressure effects[2]. Radical surgical extirpation is usually contraindicated for 2 reasons. First, the lipoma’s generally dense vasculature tends to adhere to the surrounding neural tissue in general and the cranial nerves in particular - making resection technically difficult and thus hazardous. Second, lipomas do not usually involve a mass effect on brain tissue; surgery is unnecessary for stable or asymptomatic cases, since the risks far outweigh the potential benefits[6].

As is true for all intracranial lipomas, conservative management for a lipoma located in the quadrigeminal cistern is reasonable unless the patient becomes symptomatic. Our case was having features of raised intracranial pressure with the 6th cranial nerve palsy and obstructive hydrocephalus due to aqueductal stenosis, we performed ventriculo-peritoneal shunting and the patient was improving gradually. A quadrigeminal plate lipoma occasionally present with hydrocephalous due to aqueductal stenosis which can be managed with CSF diversion procedures. We did ventriculo-peritoneal shunting and our result was satisfactory. To my best knowledge this is the first case of quadrigeminal plate lipoma in South Asian Region presented to us having with features of raised intracranial pressure, the 6th nerve palsy, obstructive hydrocephalus and absent septum pellucidum. 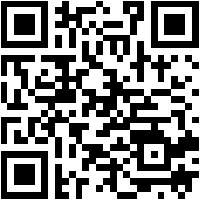