Increased peripheral plasmablasts have been found in various immune-based diseases. IgG4-related disease is one of these conditions[6]. In connection with the above, Raibagkar et al.[7] recently reported the case of a 54-year-old woman with anti-MuSK myasthenia gravis who also developed retroperitoneal lymphadenopathy histopathologically consistent with IgG4-related disease. They did not report the count of peripheral plasmablasts in this patient. We conducted a search in PubMed and found an additional case of a 72-year-old man with myasthenia gravis who also developed an inflammatory aortic aneurysm. The latter was compatible with a possible diagnosis of IgG4-related disease. Nevertheless, the antibody involved in the diagnosis of myasthenia gravis in this patient is not reported[8].

In the title of their short communication, Raibagkar et al.[7] wonder if there is any relationship between the two diseases. It is interesting to note that in anti-MuSK myasthenia gravis antibodies are directly pathogenic[9], whereas in IgG4-related disease they are probably not[7,10]. We recently stressed that the sphere of IgG4-mediated neurological autoimmune disorders is an expanding one[10]. We believe that the study of the ties between IgG4-mediated neurological autoimmune disorders and IgG4-related disease could represent a very fruitful field in the near future[10], so further studies are needed in this specific area. However, one of the limitations that these studies might face is the low prevalence (or underdiagnosis) of these conditions[11,12]. Multicentric studies through international, collaborative efforts could mitigate this limitation. Regarding the technical aspects, it is also necessary to unify the characterization (gating) of peripheral plasmablasts in order to facilitate dialogue and exchange between different research communities, which may come from different domains of specialization (neurology, rheumatology, immunology, among others). 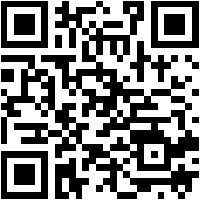