Hypodysfibrinogenemia in a young patient with recurrent strokes

Stroke is a complex disease, but in some instances is the direct result of a monogenic disease. Here we report the case of a 44-year-old Italian man who experienced recurrent transitory ischemic attacks and strokes. He also had right fetal-type posterior cerebral artery. He was diagnosed with congenital hypodysfibrinogenemia due to a mutation leading to a truncated fibrinogen gamma chain. Further studies are needed to better elucidate the links between fibrinogen dysfunction and stroke. Hypodysfibrinogenemia should be included among the monogenic diseases associated with ischemic stroke. Physicians should be aware of this condition, which may be detectable on routine assays.

Stroke is a complex disease resulting from the interplay of genetics and environment. In some instances stroke is the direct result of a monogenic disease, mainly in young adults. Here we report the case of a 44-year-old Italian man who experienced recurrent transitory ischemic attacks (TIAs) and strokes from the age of 38 years. At last, he was diagnosed with congenital hypodysfibrinogenemia due to a mutation leading to a severely truncated fibrinogen gamma chain.

Our patient presented at 38 years with recurrent TIAs (~1/month), characterized by sensory disturbances on the left side of the body. Both the family history and past medical history were unremarkable. At that time, brain magnetic resonance imaging (MRI) was normal except few non-specific white matter lesions. Electroencephalography (EEG) (including prolonged monitoring) was normal. He was prescribed acetylsalicylic acid (ASA) 100 mg/day, but chose to discontinue using after an episode of nosebleeding.

At age 40 years, he presented with left hemiparesis due to a right mesial frontal ischemic stroke [Figure 1A and B]. The patient, who was prescribed with ASA 300 mg/day, gradually recovered until the following year (aged 41 years), when he was examined because of acute-onset left hemianopia. MRI showed an acute ischemic lesion in the right temporo-parietal-occipital regions [Figure 1C and D]. Ivy bleeding time was prolonged to 14 min (normal 2.5-11 min[1]) confirming appropriate antiaggregation. 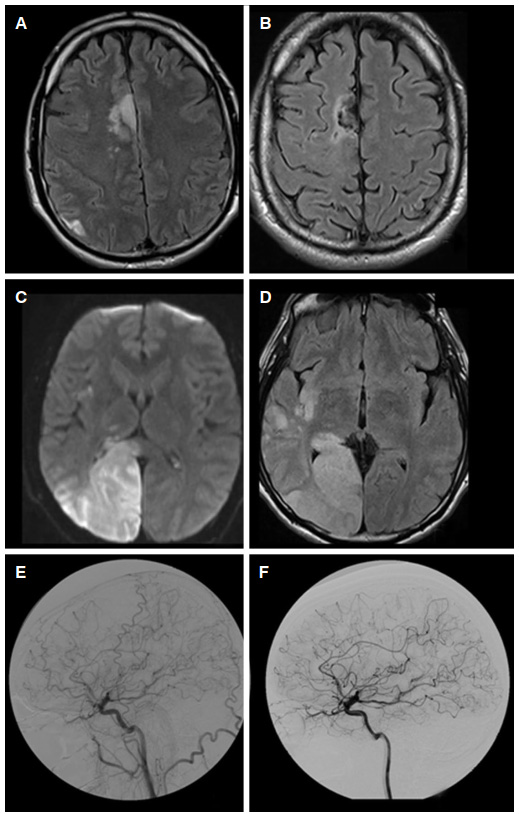 Ischemic stroke was reported only in exceptional patients with homozygous gamma chain (FGG) mutations[3], but large case-control association studies showed that polymorphisms in the genes encoding the alpha and gamma chains may lead to an increased risk of ischemic stroke, likely mediated by qualitative effects on fibrinogen (and fibrin)[4].

These considerations prompted a genetic work-up in our patients. At last, sequencing of the three fibrinogen chains showed the 945C>T mutation in the FGG gene, leading to a stop codon (p.Arg108Stop of the mature chain). This mutation was previously reported in ten consanguineous, homozygous afibrinogenemic patients from Lebanon[5]. These patients had bleeding diathesis. Unfortunately, no detailed clinical data on the heterozygous relatives were provided. However they had, as our patients, mild hypofibrinogenemia with other coagulation tests in the normal range. Of note, expression studies demonstrated that this nonsense mutation affected neither mRNA splicing nor stability, but led to the production of an unstable, severely truncated fibrinogen gamma chain that is not incorporated into a functional fibrinogen hexamer (in this study the mutation was denoted as p.Arg134Stop, considering the immature chain)[5].

The genetic finding confirmed the diagnosis of congenital hypodysfibrinogenemia in our patient, who in the 3 years following the 2nd stroke did not experience further TIAs or stroke (under double-antiaggregation therapy with ASA 100 mg/day and clopidogrel 75 mg/day). He had only 3 episodes of simple motor partial seizures successfully treated with oxcarbazepine.

To our knowledge, this is the first report of an heterozygous fibrinogen mutation in a young patient with recurrent TIAs and strokes. Further studies are needed to better elucidate the links between fibrinogen function (and dysfunction) and ischemic stroke. It is likely other genetic and/or environmental factors may have a role.

From this perspective, an intriguing observation is the lateralization of all the TIAs and strokes of our patient in the right hemisphere (in the presence of a right fetal-type PCA). Even if the association between fetal PCA and ischemic stroke is debated[6], fetal PCA may have some hemodynamic impact (e.g. faster perfusion transit times ipsilateral to fetal origin of the PCA)[7], and a detrimental interaction of the two factors (hemodynamics and coagulation) cannot be ruled out.

In conclusion, hematologists, geneticists and neurologists should be aware of this condition, which in most cases may easily be detectable on routine assays, and hypodysfibrinogenemia should be included among the monogenic diseases[8] associated with ischemic stroke in younger adults.

The manuscript does not contain patient identifiable data. 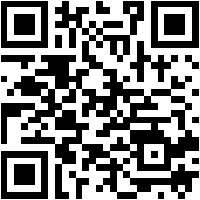