Depression severity and its predictors among multiple sclerosis patients in Saudi Arabia: a cross-sectional study

Methods: Our survey was carried out among a sample of 598 MS patients (35.8% were males and 64.2% were females) from all different regions of KSA. A self-administered questionnaire was used for data collection. The Chi-square test was applied to examine the association between demographic factors, depression severity and level of disability.

Results: The mean age of patients at the time of diagnosis was 26.1 ± 7.9 years (range 15 to 60 years). The mean duration of the disease was 6.6 ± 4.8 years. More than quarter of patients (27.1%) were admitted during last year. Our results revealed that 9.7% of MS patients had a positive family history of MS, 27.8% of patients were also suffering from different chronic diseases. A large proportion of patients were receiving drugs for MS (e.g. interferon-β by 26.2% of patients). Among respondents, the majority (53.2%) were likely to have a mild level of disability and mild depression severity (30.8%), with a significant relationship between the level of disability and depression severity.

Multiple sclerosis (MS) is a chronic autoimmune disease, with variable severity and evolution[1]. It is a disease that affects the central nervous system, especially the brain, optic nerves and the spinal cord[2,3]. Most commonly, MS evolves in relapses[4] during symptoms recur or new symptoms occur[5]. After a few years, the relapses leave sequelae[2] (i.e. permanent symptoms), which can become severe disability. The disease can affect many functions, e.g. movement control, sensory perception, memory, speech, etc.[6].

In term of MS epidemiology, there were few studies about the situation in Arabian Gulf countries. Bohlega et al.[7] reported an increasing incidence of MS, designating the Gulf region as a moderate to high-prevalence zone. The results from studies that focused on MS patients showed an increasing incidence of the pathology[7-9]. Prevalence of MS was estimated by Bohlega et al.[7] to be 40/100,000, who also stated that MS may be under-diagnosed.

Depression has been reported as one of the most common symptoms of MS with a risk of major depressive disorder of 13%-30% and about 50% of lifetime prevalence[10]. A direct physical link between depression and multiple sclerosis has been reported. By studying atrophied areas of the brain of MS patients and healthy people by magnetic resonance imaging, researchers could establish a concrete link. It seems that the hippocampus was of lower volume in patients with MS. By analyzing saliva samples, the researchers also noticed that the level of cortisol was particularly high in people with MS. Atrophy of the hippocampus and a high level of cortisol in the body are biological parameters frequently associated with major depressive episodes[11].

The importance of depression among MS patients is unquestionable[12], as this symptom influences the general health and the quality of life of MS patients[13]. Therefore, focusing on studying the association between MS and depression seems quite important.

This study aimed to assess the severity of depression and its predictors among multiple sclerosis patients in Saudi Arabia.

This study followed a cross-sectional study which design to test the hypothesis that some patients' sociodemographic (e.g. age, gender, nationality, marital status, monthly income) and other characteristics (e.g. received treatment or grade of disability) may be associated with higher grades of severity of depression among MS patients.

During the period from November 2016 to May 2017, this study has been conducted by all geographical regions of Saudi Arabia (i.e. the Southern, Northern, Eastern, Western, and Middle regions).

According to the Saudi Arabian National Multiple Sclerosis Registry[14], there are 2313 MS patients in Saudi Arabia. Following a simple random sample, with a sampling fraction of 1/3, we invited 763 patients (coverage = 33%), only 598 MS patients participated in this study (response rate = 78.4%).

Learmonth et al.[15] reported that the PDDS had a strong correlation with the EDSS, supporting criterion aspects of validity. The magnitude and pattern of correlations between PDDS and EDSS scores were consistent between persons with mild and moderate-to-severe disability. Such results provide evidence for the validity of PDDS scores as a patient-reported outcome of disability in persons with MS.

Kroenke et al.[18] stated that the PHQ is a reliable and valid measure of depression severity. It scores each of the 9 DSM-IV criteria as "0" (not at all) to "3" (nearly every day).

The questionnaire sheets were personally distributed by researchers to all participant MS patients.

Collected data were analyzed by using the Statistical Package for Social Sciences (SPSS version 22). We used Chi-square test to examine the association between demographic factors, depression severity and level of disability. P-values less than 0.05 were considered statistically significant.

The ethical approval for conducting this study was obtained from Head of Research Ethics Committee (HA-06-B-001) in King Khalid University (REC) # 2016-08-23.

Demographics of the studied subjects

Demographic characteristics of the participants

Table 2 shows the distribution of participants by their clinical variables. The mean duration of the disease (± SD) was 6.6 ± 4.8 years. More than one-fourth of patients (27.1%) were admitted once during last year. Patients were diagnosed with MS at a mean age (± SD) of 26.1 ± 7.9 years. The great majority of respondents (90.3%) had no family history of MS. About the three-quarters of surveyed patients (74.2%) had no associated chronic diseases, while the rest was reported suffering from asthma (4.7%), hypertension (3%), depression (2.7%), and some of them were taking drugs such as interferon beta-1b (Betaferon) (26.2%), followed by interferon beta-1a (Rebif) (20.4%), Fingolimod (Gilenya) (19%). About one-fourth of patients (27.4%) have been diagnosed with depression before and 18.1% were taking anti-depressant drugs.

Distribution of respondents by clinical variables

Distribution of participants by level of disability

Distribution of participants by depression severity

Severity of depression among participants differed significantly according to their region (P < 0.001). Severe depression was highest among patients living in the northern region (28.6%).

Relation between patients’ level of disability and depression

Our study illustrated the severity MS disease among the surveyed patients using the PDDS score and the depression severity using the PHQ score. Accordingly, almost half of participants had a PDSS score of 3 or more (i.e. considered to have a moderate or severe disability, 35.5%, and 11.4%, respectively) and more than one-fourth of them were considered to have moderately severe or severe depression.

These findings are in accordance with those of Siegert and Abernethy[10], who reported that depression is one of the most frequently discovered psychiatric symptoms among MS patients. Moreover, Kister et al.[19] reported that the proportion of MS patients with PDDS score = 3 or more (i.e. moderate to severe disability) reached 50% after 15 years of disease and 75% after 45 years.

Our study showed that about one-third of participants were males. About half of patients were married and the monthly income of almost half of them (43.5%) was less than 3000 SR.

The female predilection observed among participants in the present study has been reported by Kingwell et al.[20], who stated that, in the majority of studies, the prevalence of MS was higher in women, with gender ratios ranging from 1.1 to 3. The high prevalence of MS-related disability among our patients may explain why only about half of them are married and almost half of them have low monthly income (i.e. less than 3000 SR).

Results of the present study revealed that prevalence of depression differed significantly with our patients' age and was significantly higher among women than men.

Findings of the present study revealed that severity of depression differed significantly according to patients’ educational level, being higher among those with higher education and lower among less educated patients. Moreover, depression was significantly higher among patients with the lowest income (i.e. with monthly income < 3000 SR).

Similarly, Kessler and Bromet[23] reported that the poorest respondents in the WHO World Mental Health surveys which were carried out in the USA and several European countries, showed about twofold increased odds of major depressive episodes compared with those in the highest income group. Moreover, in Japan and China (Shenzhen) the least educated had the lowest risk of depression.

The present study showed that severity of depression among MS patients differed significantly according to their region, with the highest percentage of severe depression among those living in the northern region.

These findings necessitate further studies to explore the reason for the significant differences in severity of depression among MS patients according to their location within Saudi Arabia.

The significant differences in severity of depression among our MS patients according to the received medication may be attributed to the depression-related side effects associated with those medications.

The current study revealed a significantly positive association between patients’ level of disability and the severity of depression.

Corresponding author may be contacted for any data inquiries.

Consent has been obtained from all participants prior to interviewing. Participants’ confidentiality and anonymity were fully secured.

The ethical approval for conducting this study was obtained from Head of Research Ethics Committee (HA-06-B-001) in King Khalid University (REC) # 2016-08-23. 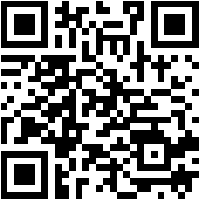