2Neurology Laboratory of the Department of Neurology, School of Medicine, University of Crete, Crete 71003, Greece.

Currently, neurodegenerative diseases are viewed as proteinopathies. In this context, a specific protein or peptide is involved in the pathogenesis of the disease by missfolding, polymerization, reduced degradation and final accumulation in the form of insoluble inclusions leading to neurodegeneration by various interacting mechanisms[1,2]. In Alzheimer’s disease extracellular beta amyloid peptides and intracellular hyperphoshorylated tau proteins accumulate in the brain. In parkinsonian syndromes alpha synuclein (α-Syn) or 4R tau isoforms are found in various cytoplasmic inclusions.

In about 50% of patients with frontotemporal lobar degeneration (FTLD)[3] and about 90% of patients with amyotrophic lateral sclerosis (ALS)[4], the responsible protein is the transactive response DNA binding protein-43 (TDP-43), forming ubiquitinated inclusions. The two clinical conditions may coexist in the same patient or the same family with TDP-43 being the major culprit in the ALS-FTLD spectrum[5].

In an elegant study, Dong and Chen[6] extensively reviewed the pathogenetic mechanisms of ubiquitinated TDP-43 in ALS, including abnormal aggregation with pathologic accumulation (oligo- and finally poly-merization), redistribution from the nucleus to the cytoplasm, reduced clearance by autophagy and/or the ubiquitine-proteasome system, neurotoxicity and/or loss of function, complex interactions with other proteins and RNA affecting their function and prion-like behavior and spreading. Such an understanding of TDP-43 and its role in the mechanisms of the resulting proteinopathy, may prove to be important in two aspects, diagnosis and treatment.

The various peptides and proteins involved in neurodegenerative diseases are secreted/released in the extracellular space and finally in the cerebrospinal fluid (CSF) by various mechanisms and some of them can be measured. Tau protein, either total or phosphorylated (phospho-tau) and beta amyloid peptide with 42 or 40 amino acids (Aβ42, Aβ40) can be reliably measured in the CSF, and currently, are recognized as helpful in the diagnosis of Alzheimer’s disease (inclusion)[7] or its discrimination from other types of dementia, including the FTLDs (exclusion of AD)[8,9]. Thus, the CSF biochemical profile of AD is well recognized (increased tau and phospho-tau, decreased Aβ42). In synucleinopathies, α-Syn is an emerging biomarker for Parkinson’s disease, Dementia with Lewy Bodies and Multiple System Atrophy. A lot of studies have been conducted, while others are on their way towards better characterization of α-Syn isoforms, antibodies used to recognize different epitopes and elimination of confounding factors interfering with preanalytical and analytical aspects, all with the purpose of establishing α-Syn as a reliable biomarker in these disorders[10].

On the other hand, the biochemical profile of TDP-43 proteinopathies has only recently begun to be explored and data are scarce and conflicting. Recently, however, CSF TDP-43 (either alone or in combination with other markers such as tau) has emerged as a candidate biomarker of ALS and FTLD and its levels are increased in both conditions[11,12]. Extensive investigation in order to determine and optimize its diagnostic potential is currently under way. Given the heterogeneity of proteinopathies, especially in FTLD (TDP-43 proteinopathies vs. tauopathies and others) and even within the TDP-43 proteinopathy in both ALS and FTLD (types A, B, C and D), correcting CSF diagnosis may, additionally, prove helpful in the correct classification of patients in clinical trials[13].

Current treatments approved for ALS have modest effects and for FTLD are only symptomatic. The lack of success of pharmacological trials in such patient populations may be due to clinical trials being performed either too late in the course of the disease, with too short duration, inclusion of heterogeneous groups of patients, or insufficient knowledge about the specific clinical features and/or pathogenesis. The various steps in TDP-43 distribution, cytoplasmic accumulation, phosphorylation, ubiquitination, aggregation, autophagy, degradation, exosome secretion and toxicity may all be hypothetical targets of therapeutic interventions[13] and some of them are currently tested in vitro and in animal models, including improved degradation, reduced neurotoxicity and antibodies against TDP-43[6].

In conclusion, mechanisms of TDP-43 abnormal accumulation and toxicity, extensively reviewed by Dong and Chen[6] in addition to measurement of CSF TDP-43 levels as a diagnostic tool, are currently hot topics relevant to the majority of ALS and roughly half of FTLD patients. 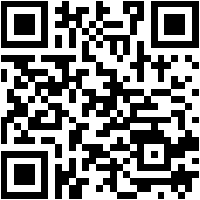