Autophagy is a fundamental regulatory cellular mechanism, which enables cells to survive after a checked clearance of damaged organelles and proteins and a recycle of necessary molecules like amino acids and fatty acids to maintain homeostasis[1]. There are a lot of factors able to influence autophagy in the states of health and disease. In the excellent review by Sahu et al.[2], the role of autophagy, its mechanisms, and its protective role against the attack of pathogens are well described. However, even more controversial aspects of autophagy are addressed: first some pathogens, such as herpes simplex viruses, coxsackievirus, listeria monocytogenes have developed strategies to circumvent autophagy-dependent activation of host immune response, then some bacteria have the ability to modify the gene transcriptional level of the autophagic process, both in terms of downgrading of autophagy-related genes, as in the case of Yersinia enterocolitica and Francisella tularensis[3], and in terms of up regulation of autophagy-related genes: this mechanism favors a prolonged inflammation at the infection site and results in further injury to surrounding healthy tissues, causing brain matter degeneration.

The proposed hypothesis that prolonged infections of the central nervous system (CNS) by neurotropic pathogens, if associated with underlying conditions, might play a role in the pathogenesis of neurodegenerative diseases and the connections between autophagy dysregulation and neurodegeneration are subjects of great interest in literature.

Even if autophagy plays a complex role in AD, which needs to be further characterized, the connection between this disease and autophagy dysregulation has been already demonstrated: a pathological accumulation of autophagosomes in neocortical of AD patients has been proved[5] and the mutations of presenilin-1, which are related to AD forms with early-onset, cause a block of the autophagy flux in fibroblasts in these patients[24,25]. On the other hand, other investigators suggest that early microglial accumulation in AD delays disease progression by promoting clearance of Aβ before formation of senile plaques, therefore having a protective role[25]. The ability of microglia to clear Aβ may decrease with age and progression of AD pathology[25].

In PD one of the pathologic features is the presence of Lewy bodies, abnormal deposits of a protein called α-synuclein: this fact is suggestive of defects in intracellular protein clearance mechanisms and autophagic process dysregulation[26].

HD is caused by expansion of a CAG trinucleotide repeat in the first exon of the huntingtin gene that encodes the mutant huntingtin: this protein is highly expressed in neurons and participates in many cellular functions, including vesicle and organelle transport and autophagy[13,27]. Mutant huntingtin interferes with the correct autophagic function; therapeutic strategies that improve the clearance of this mutant protein by autophagy reduce neuronal toxicity[14].

Recent genetic evidence has demonstrated that mutations in autophagy-regulatory genes can result in the occurrence of ALS[15-17].

MS is a chronic immune-cell-mediated disease characterized by the presence of auto-reactive T cells target the myelin sheath in the CNS[18], leading to inflammation, demyelination and neuronal function impairment. In patients affected by MS, several autophagy-related genes (e.g., ATG-16L2, ATG-9A, and ULK-1) are overexpressed[1], therefore the hypothesis is that over-activation of autophagy may contribute to auto-reactive T lymphocyte survival[18].

Given the pivotal roles of the autophagy in these neurodegenerative diseases, the targeting of some key pathways of the inflammatory process provides new insights into the diagnosis and the modulation of this process represents a new therapeutic strategy for neuroprotection[1].

The activated microglia plays a major role in chronic neuroinflammation, causing long-term cerebral damage by inducing autoimmune reaction, and is observed in various CNS diseases such as stroke, MS, ALS, AD and PD[28]. In vivo imaging of activated microglia can provide a non-invasive and reliable detection of early and localized neuroinflammation processes, thanks to the availability of several neuroimaging modalities[29]. Positron emission tomography (PET) is an imaging technique that can characterize measure and visualize the biological processes at the molecular levels in the body[28].

In addition to the standard glucose metabolism [18F fluorodeoxyglucose (18F FDG) PET], a variety of targets for inflammation imaging have been recently discovered, and the corresponding PET tracers showed high levels of accuracy and are considered superior to FDG for imaging inflammation[30]. The most studied neuroinflammation related targets include translocator protein (TSPO), type 2 cannabinoid receptor (CB2R), and cyclooxygenase (COX)[31].

TSPO is an 18 kDa translocator protein located on the outer mitochondrial membrane. It is only minimally expressed in the healthy human brain, but highly expressed in macrophages, neutrophils, lymphocytes, astrocytes and microglia[32]. TSPO expression is highly up-regulated during the microglia activation process in several acute and degenerative disorders, including AD, PD, ALS, MS, and HD; therefore, TSPO is considered a promising target for PET imaging of neuroinflammation and has already undergone clinical application[30]. TSPO PET imaging, using various PET tracers binding to TPSO[33], has been used for both improving the knowledge regarding the role of neuroinflammation in CNS diseases and to assess the efficacy of novel anti-inflammatory therapeutic strategies. In a rat brain AD model elevated TSPO levels were found in tau-rich hippocampus and entorhinal cortex region of the brain and there was a constant increase of tracer uptake in the brain region with the progression of AD[34]. In PD patients, microglia activation could be detected via TPSO PET at the early phase of the disease, and its activity is correlated with the development of dementia in PD[35].

Cannabinoid receptors are a family of G-protein-coupled receptors composed at least by two subtypes: type 1 and 2. While type 1 is abundantly expressed in the brain, type 2, which is the inducible isoform, is detectable just in microglial cells, in human fetal astrocytes, and in human cerebral microvascular endothelial cells[36]. Several studies reported an up-regulation of CB2R on activated microglial cells in pathological conditions, including MS, ALS, PD, or AD[37]. The activation of CB2R by CB2 agonists is found to be effective in reducing neurodegeneration in HD and ALS transgenic mouse model, thanks to the decrease of microglial activation, mediated by the release inhibition of neurotoxic factors and by the decrease of neuronal cell damage[38]. Therapeutic modulation of CB2R could be a promising treatment for neuropathogenic disorders characterized by a neuroinflammatory component. Over the past years, several CB2R selective ligands have been developed and labeled with radioisotopes for PET, including pyrazole derivatives, indole derivatives, and quinoline derivatives[30]. The first in vivo PET of brain CB2R showed a significant increase in tracer uptake in all brain regions in mice with lipopolysaccharide induced neuroinflammation; in this study, tracer uptake could be blocked by a CB2R selective ligand, thus indicating the specificity of the tracer accumulation[39]. New synthesized radiotracers are under investigations in the preclinical settings and offer promising opportunities for imaging CB2R expression in the future[31].

Cyclooxygenase (COX) is an enzyme producing important biological mediators mainly expressed in neuroinflammation in connection with neurodegenerative diseases. Three COX subtypes (COX-1, 2, and 3) have been identified. COX-2 is the inflammatory inducible enzyme form of this family and its expression in brain has been associated with neurodegenerative processes of several acute and chronic diseases[40].

COX-2 has been identified as a molecular target of interest for pharmacological design of selective ligands for both therapy and molecular imaging. Celecoxib is an important and widely used anti-inflammatory drug that inhibits selectively COX-2 to treat various inflammatory diseases. In order to image neuroinflammation, Celecoxib and other COX inhibitors were manipulated using imaging tracers (18F and 11C): these attempts have not yet shown significant results due to the absence of specific bindings, sensitive enough to inflammatory foci[30]. On the other hand, a study of a rat skin model of inflammation showed significant uptake in COX-2 targeted micro PET/ computed tomography (CT) imaging of a mouse paw inflammation induced by carrageenan[41].

Despite the fact that the administration of selective COX-2 inhibitors has been shown to attenuate brain inflammatory reactions, protecting neurons against neurodegeneration in AD patients[42], the evidence of a direct role of COX-2 in neurodegenerative events is still controversial: recent data demonstrates that COX-1, classically viewed as the homeostatic isoform, is involved in brain injury induced by pro-inflammatory stimuli[43].

Moreover, thanks to the recent discover of high specificity of cellular expression of COX-1 within microglia during acute neuroinflammatory process, the development of a selective COX-1 imaging probe has regained interest and it showed a better capacity to be depicted by PET in vivo[44]; in an animal model of AD, PET images clearly showed COX-1 expression in activated microglia during the formation of amyloid plaques[41]. PET imaging of COX-1, according to these preclinical studies, could be a promising approach for monitoring activated microglia in CNS diseases such as AD[31].

Neuroinflammation plays a crucial role in the development of neurodegenerative disorders. The information extracted from molecular imaging of inflammation in the CNS could be fundamental for understanding the causes and effects of this entity, its relationship with various pathogens and other stimuli, and could be crucial in disease diagnosis, prognosis and in future therapies response monitoring. More specific biomarkers have to be identified and more sensitive imaging probes must be developed to improve visualization and quantification of the inflammatory processes and to better understand and characterize the interactions between neurotropic pathogens, neuroinflammatory pathways, and autophagic neural cell death and the CNS disorders progression.

Worked on the first part of the article: Cellina M

Worked on the part of new perspectives: Orsi M 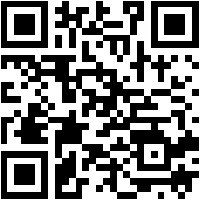