We report on the first case of a Streptococcus gallolyticus meningocephalitis in China. The bacterium was first isolated from the patient’s cerebrospinal fluid and has so far not been associated with human infections of the central nervous system. We hope our case report can give some references for the diagnosis and treatment of the Streptococcus gallolyticus meningocephalitis in China.

An 80-year-old man was admitted to the emergency room of Guangdong Provincial Hospital of Chinese Medicine. He presented symptoms with deliration and neck rigidity. According to his wife’s statement, the patient complained the abdominal pain 5 days ago. Meanwhile, he had a history of radical operation for adenocarcinoma of stomach and colon, as well as the percutaneous coronary intervention. Further questioning for his wife and daughter revealed that the patient has the habit of drink Chinese liquor for about 50 mL every day for decades before the partial resection of stomach. Even in the latest years, he still drank about 20 mL every day. The features of the patient are summarized in Table 1.

On examination, he was delirious with neck rigidity, but no febrile. There was no other neurological abnormalities. Meanwhile, there is no abdominal pain. Peripheral blood samples, including cultures, were taken and treatment with ceftriaxone (2 g intravenous drip, ivd q12h) as well as acyclovir (75 mg peros, po bid) were started immediately. Urgent brain computed tomography (CT) scanning was normal. Then the lumbar puncture was performed. Laboratory studies of CSF disclosed the following values: the CSF pressure, 130 cmH2O; WBCs, 15 × 106/L; glucose < 1.11 mmol/L (serum glucose: 8.96 mmol/L); and protein, 4946 mg/L. He was diagnosed with central nervous system (CNS) infection and was transferred to the neurological department.

Day 1 physical examination showed a poor-nourished man in a mild altered consciousness. His vitals were: temperature 36.4 oC, blood pressure 145/59 mmHg, pulse rate 66 and respiration rate 20. Neurological examination revealed a delirious man who had decreased range of motion of his neck. No other abnormalities of neurologic system as well as the respiratory and digestive system were detected. Then, blood routine, high-sensitivity C-reactive protein (hs-CRP), procalcitonin including cultures were taken again. Magnetic resonance imaging (MRI), electroencephalogram (EEG) monitoring was performed. Combining the patient’s symptoms, positive signs, results of the blood test and CSF test, we considered the patient suffered from meningocephalitis and the treatment with meropenem (2 g ivd q8h) was started. Meantime, a lumbar puncture was performed for the second time. 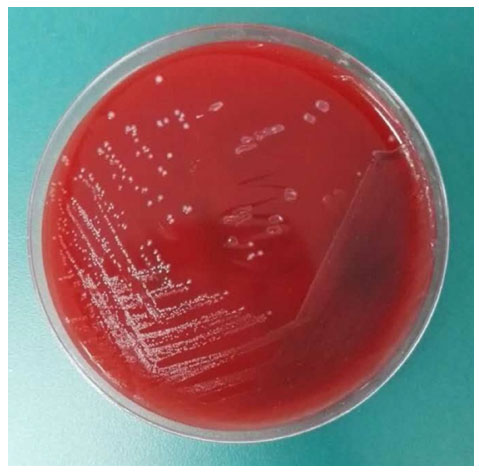 Brain contrast enhancement MRI showed no signs of infection and the long-term EEG monitoring found no epileptic signs. The detailed report showed the background activity was no alpha wave and diffused slow waves as well as low amplitude of beta were observed in all leads. No sleep cycle wave was observed as well.

Day 3, he developed a mild fever with the temperature of 37.8 oC. He became conscious but still cannot communicate with the others. A lumbar puncture was performed to evaluate the effect of the therapy. The WBCs in blood and CSF increased while the glucose and protein levels were improved [Table 2]. The cultures of CSF and blood were negative.

Comparison of the clinical characteristic and test results with the patient

Day 8, the physical examination showed the neck rigidity was better than before and there were few rales in both lower lungs. Deep sputum cultures yielded multidrug-resistant baumanii and the amikacin (0.2 g ivd q12h) was added.

As the neurological function was improved, we performed another lumbar puncture and the results showed the WBCs decreased to 384 × 106/L and protein as well as the glucose increased to 2342 mg/L and 1.81 mmol/L separately indicating the antibiotic therapy was effective. Controversially, the WBCs and hs-CRP in the blood increased. Considering the symptoms and the results of CSF tests were both improved, the therapy with meropenem and linezolid was continued.

While the treatment was effective based on the CSF results. We did the other tests to rule out the infection of the other systems and the cacotrophy conditions. An echocardioram revealed no evidence of endocarditis and colonoscopy revealed the ascending colon polyps and haemorrhoids. The chest X-ray found no tumor. The abdominal CT scan was also negative.

Two weeks after discharge, we followed up the patient by telephone. His wife told us the lumbar puncture was performed once more in the rehabilitation facility and he could take care of himself independently. The laboratory studies of CSF and blood was almost normal [Table 2].

We think that the gastrointestinal tract was probably the source of Streptococcus gallolyticus in our patient who had prior gastroenteritis and had the history of moderately differentiated adenocarcinoma of stomach treated with partial resection together with colonic adenocarcinoma. Many studies have confirmed the fact that patients with both benign and malignant of gastrointestinal lesions were susceptible to Streptococcus bovis (S. bovis) bacteremia[1-3]. A review of 119 cases of S. bovis endocarditis or bacteremia suggested that there were 48 patients accompanied with gastrointestinal neoplasms, 22 of which were adenocarcinoma[4]. Colonic carcinoma has been reported in up to 50% of patients with S. bovis bacteremia or endocarditis[5]. So, there is a strong link between Streptococcus gallolyticus infection and bowel disease. Nevertheless, the extent, nature, and basis of this association are still not completely understood.

Even though, the CNS infection has clinical characteristics, such as ardent fever, headache and neck rigidity. In many patients with CNS infection due to Streptococcus gallolyticus, the presenting differentiated from each other, as occurred in our patient. It was not until days after admission that our patient developed the febrile signs. The delayed fever may be the reason of his advanced age, the condition of cacotrophy or the nosocomial infection.

As we all know, bacterial infection of the CNS has the following characteristics of laboratory examination: the CSF pressure, WBCs, NEUT% and the protein were high, while the glucose in CSF was reduced. In our patient, we performed lumbar puncture repeatedly, but the CSF pressure was never higher than normal. This may be due to differences in individual immune responses. IgG and IgA but no IgM are seen in normal CSF because IgM has a larger molecular weight. Humoral immune responses often form antigen-antibody complexes; this reaction is often carried out in blood vessels, leading to severe vasculitis reactions in or near nerve tissue. It may be the characteristic for Streptococcus gallolyticus meningocephalitis which needs more clinical data. Meanwhile, we cannot ignore the fact that the cultures plays an important role for the differentiation of CNS infections. For the 42 patients, the positive incidence was 88% for CSF cultures and 87% for blood cultures[11]. We performed the blood culture repeatedly, the results were all negative. So we think that our patient might not be infected through blood but through the gastrointestinal tract.

From the review of the Streptococcus bovis infection of the CNS, we know that most cases of S. bovis infection can be treated with penicillin alone[22]. But as is known to all, the cultures plays an important role in the course of treatment. Savitch et al.[23] found that patients with S. bovis endocarditis were resistant to penicillin G. Several researches proposed that the empirical antibiotics should be chosen based on patient history, results of CSF gram stain and local community antibiotic resistance patterns[24]. For our patient, considering the history of the patient as well as the permeability of BBB to antibiotics, we chosen the meropenem (2 g ivd q8h) firstly[25]. We added linezolid as soon as the Streptococcus gallolyticus reported. Considering the results of sputum Gram stain we continued the treatment with meropenem. Eventually, our patient recovered very well as we follow up by telephone two weeks after the discharge.

For now, all of the reports are from European and American countries. There are no reports from China. We hope our case report can give some references for the diagnosis and treatment of the Streptococcus gallolyticus meningocephalitis in China.

The data and material used in the study could be open upon request.

The study was supported by China Postdoctoral Science Foundation (grant No. 2016M592513).

All authors declared that there are no conflicts of interest relevant to this article.

The study is approved and the patient consent is obtained. 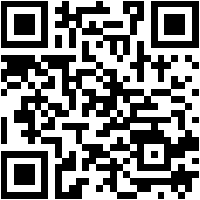