#The first two authors contributed equally to this paper.

Aim: The pathogenesis of central nervous system infections (CNSI) has not been fully understood; some studies indicated that reactive oxygen species may induce brain damage. The aim of our study was to investigate serum antioxidant status in patients with CNSI.

Results: The data suggested that there were reducing levels of oxidation state (serum UA, bilirubin and albumin) in CNSI patients when compared with HC. Likewise, similar results were observed when cohorts were divided into male and female subgroups.

The pathogenesis of central nervous system infections (CNSI) has not yet been completely understood, but some scholars have indicated that oxidative stress and antioxidant imbalance may induce brain injury. Reactive oxygen species (ROS) and reactive nitrogen species (RNS) may play a vital role in certain pathological processes acting as inflammatory agents causing intracranial complications.[1,2] ROS, such as superoxide anion, hydrogen peroxide or hydroxyl radicals, may result in damage to cellular DNA, proteins and lipids, and even causing cell death.[3] RNS, such as peroxynitrite (ONOO-), is a strong oxidant that can be cytotoxic including nitrotyrosine or lipidperoxidation in bacterial meningitis.[4] Oxidative stress, which plays a major role in disease pathogenesis, is defined as an imbalance in ROS and antioxidants. Cells use enzymatic and non-enzymatic antioxidants to control ROS levels to maintain an appropriate cellular redox balance. If antioxidant capacity is exhausted, an imbalance between oxidant and antioxidant status will lead to a state of oxidative stress, which could change the susceptibility of membranes and inactive biological molecules to damage.[5-7] Therefore, enhanced antioxidant protection and restored native homeostasis may be beneficial to the treatment of CNSI.

Uric acid (UA), as a scavenger of peroxynitrite, could inhibit central nervous system (CNS) inflammation and change blood-CNS barrier permeability, is considered to have a neuroprotective role.[8-10] Endogenous bilirubin converted from biliverdin, is an end product of heme degradation by biliverdinreductase (BVR).[11] Some studies confirmed that bilirubin could effectively block seizure-induced ROS and play a role in cerebroprotective effects.[12] Albumin, accounting for about 70% of the plasma colloid osmotic pressure, plays a vital role in maintaining the normal fluid distribution and constitutes the main circulating antioxidant system in the body. As potent scavengers of ROS derived from oxidative stress, albumin is the major source of extracellular reduced sulfhydryl groups (-SH).[13] 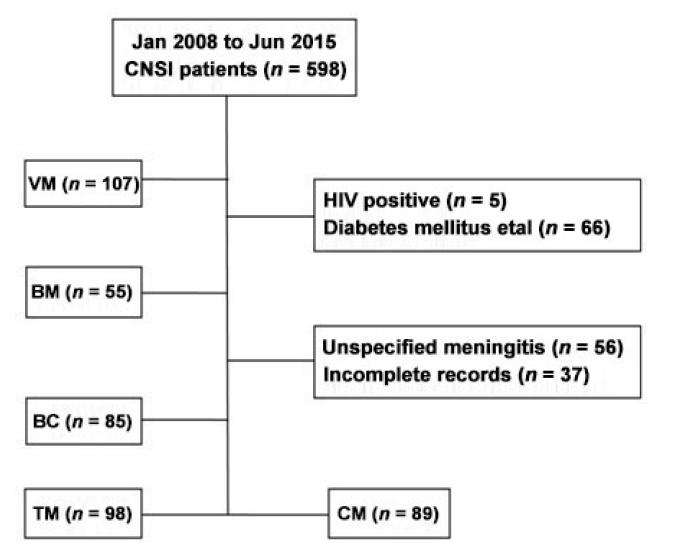 Demographic and clinical features of patients with CNSI and healthy controls (HC) are shown in Tables 1 and 2.

Demographic of patients with CNSI and healthy control

The following subjects were excluded (1) patients with diabetes mellitus, renal failure, malignancies, abnormal liver function or human immunodeficiency virus infection; (2) patients who were taking diuretics, aspirin or other drugs that could affect serum UA levels; and (3) individuals who refused to participate in the study.

Data were analyzed using SPSS statistical software (version 17.0, Chicago, IL, USA). Numerical variables were presented as mean ± standard deviation (SD), and categorical variables were expressed as percentage. A P value < 0.05 was considered significant. In order to reduce the effect of age, the differences between serum UA, bilirubin and albumin levels were analyzed using covariance analysis with age as covariant. Moreover, patients within each group were divided into male and female subgroups to eliminate the gender effect. Least significant difference t-test was used to test distinction between each two groups.

Serum UA, Tbil, Ibil, and albumin levels of patients with each group of CNSI (mean ± SD)

Our study showed that there were reducing serum levels of UA, bilirubin and albumin in CNSI patients. Interestingly, these results were also observed when we divided cohorts into male and female groups. Our studies have shown that patients with CNSI have lower serum UA, which were consistent with previous reports.[17] Similar results that CNSI patients with lower serum albumin and bilirubin levels than HC groups were also observed. Similar relevant results were not reported before. In conclusion, our ﬁndings suggest that there were low serum levels of UA, bilirubin and albumin in patients with CNSI.

The mechanisms of CNS damage during meningitis have not been conclusively identified. Increasing evidence shows a massive production of ROS and RNS could lead to signiﬁcant collateral damage in pneumococcal meningitis, because of their toxic actions, such as lipid peroxidation, DNA strand breakage and production of inﬂammatory cytokines. Therefore, a potential use of oxidative inhibitors as an adjunctive treatment could be beneficial in treating meningitis.[18] Our work showed that patients with CNSI had low serum UA, Tbil, Ibil and albumin levels. The notion is that oxidative damage plays a crucial role in CNSI, which may be because of the low antioxidant status.

UA is a natural antioxidant in the blood and brain, which has been shown that exogenous administration of urate is protective in experimental bacterial meningitis.[19] UA is capable of scavenging free radicals and chelating transitional metal ions by preventing peroxynitrite induced protein nitrosylation, lipid and protein peroxidation, and inactivation of tetrahydrobiopterin.[20] Low levels of UA are detrimental to neurons, while high levels of UA contribute to neuroprotection.[21,22]

Our study showed that serum levels of UA in patients with CNSI were lower, therefore, increasing in UA concentration has been suggested as one of the possible mechanisms as a replacement therapy. Generally speaking, serum UA levels are highly sex and age dependent. In this study, we further divided each group into female and male subgroups,[23] we found that in all groups, men had higher serum UA levels than women which is consistent with previous studies.[17,24]

Bilirubin, the end product of heme metabolism, is formed from biliverdin. As the products of Hemeoxygenase (HO)-catalyzed heme breakdown, it has an essential cerebroprotective role.[11,12] There are two major forms of HO, existing HO-1 and HO-2. It is generally accepted that the elevated HO-1 levels represent an attempt to restore redox homeostasis and to down-modulate inflammation.[25] HO-2, the constitutively active isoform, has an essential cerebroprotective role against seizure-induced loss of endothelial vasodilator function in newborn piglets.[26] Some observations suggested that bilirubin, as a potent antioxidant, could reduce cerebrovascular complications in the seizures of newborn babies.[12] Some scholars provided that bilirubin could be as neuroprotectant against oxidative stress injury.[27] Moreover, increasing evidences suggested that bilirubin also possessed multiple biological activities, including potential immunomodulatory properties.[28] Our results supported the finding that serum bilirubin levels in CNSI were lower than the control group, in spite of there being no apparent difference when compared with multiple sclerosis (MS). Furthermore, gender differences also existed, and we found that women also had lower mean serum bilirubin values when compared with men.

Otherwise, some researchers demonstrated that serum albumin, specifically block echovirus by inhibiting the uncoating step in the virus replication cycle. That is to say that in man, echovirus infection may be modulated by serum albumin.[29]

Imbalanced metabolism and excess free radical generation could cause oxidative stress, which has been defined as a principle pathological cause of neurodegenerative disorders, such as MS,[23] Parkinson’s disease.[30] Therefore, it could be favorable for increasing antioxidant levels, such as UA, bilirubin and albumin levels in CNSI, which should not focus only on anti-infective therapy, but also on the antioxidant effects.

In conclusion, low serum UA, bilirubin and albumin levels in CNSI patients were found in our study, the reason may be due to exhaustion of antioxidant capacity. An imbalance between oxidant and antioxidant activities will result in the development of intracranial inflammation and destruction of neurons. These findings may increase our understanding of pathophysiology of CNSI. Therefore, to enhance antioxidant power and keep oxidative stress and antioxidant in balance may be beneficial to patients with CNSI, that is to say, improving the clinical and laboratory results in CNSI, by elevating serum UA, bilirubin and albumin could be considered. 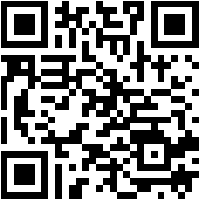