Recently, Koran et al.[1] published an article, named “Sex differences in the association between Alzheimer’s disease (AD) biomarkers and cognitive decline” in Brain Imaging and Behavior. The result proved that there were sex-specific associations between biomarkers of AD. This article added evidence to the theory of sex differences in AD.

Sex difference is a common phenomenon in AD and manifests in many ways. Females are disproportionately affected by AD. It is well known that females have higher prevalence of AD than males. In China, for urban population, the AD prevalence in male is 1.27%, while in female, it is 3.54%; for rural population, this difference is even more dramatic: 1.95% in men vs. 6.30% in women.[2] However, sex differences in the incidence of AD are still inconsistent. Studies tend to show that there are no sex differences in incidence of AD until very late of age when females have the higher incidence.[3] However, females seem to have higher risk of progression from mild cognitive impairment (MCI) to AD. A meta-analysis showed that the risk of progression from MCI to AD is 1.33-fold higher in women than in men.[4]

The pathological changes of AD are characterized by the deposition of extracellular amyloid-β (Aβ) and the presence of neurofibrillary tangles. Pathological studies showed that females had more global AD pathology than males, especially for neurofibrillary tangles. More interestingly, females were more susceptible for AD pathological changes. It was reported that 1 additional unit of AD pathology was associated with a nearly 3-fold increase in the risk of clinical AD in men; while for women, this odd increased to 20-fold.[5]

Nowadays, researchers seek to observe brain pathological changes in vivo, using magnetic resonance imaging (MRI), positron emission tomography or cerebrospinal fluid (CSF). More and more studies on biomarkers of AD are underway. MRI is a common and convenient method to help us observe brain atrophy. After 1,368 MRI scans, a study demonstrated that brain atrophic rates were about 1-1.5% faster in females than males.[6] The levels of Aβ42 and tau protein in CSF are promising biomarkers of AD. Although by now, there is no remarkable evidence suggesting sex differences in Aβ42 and tau levels in CSF, Koran’s study showed that associations between Aβ42 and tau levels in CSF and brain atrophy in MRI were sex-specific. A total of 348 normal control, 565 patients with MCI and 185 patients with AD from Alzheimer’s disease neuroimaging initiative were included in this study. Participants were followed for an average of 2.5 years. A significant interaction between sex and CSF Aβ42 levels was found on longitudinal hippocampal atrophy and longitudinal decline in memory and executive function. A similar interaction between sex and CSF tau levels was also observed. With the decrease of CSF Aβ42 levels or increase of tau levels, females showed faster hippocampal atrophy and cognitive decline compared with males. This result was not modified by different diagnosis. 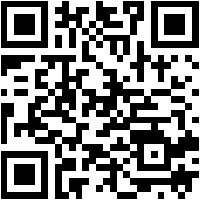