The authors describe a case of Miller-Fisher syndrome, a rare demyelinating syndrome, preceded by a viral prodrome and three doses of etanercept, an anti-tumor necrosis factor α (anti-TNFα) agent. Anti-TNFα agents are associated with an induction of episodes of demyelination and may unmask multiple sclerosis in those who are immunogenetically predisposed.

Miller-Fisher syndrome (MFS) is a rare self-limiting demyelinating disorder that is considered to be a variant of Guillain-Barre syndrome (GBS). MFS typically affects cranial nerves first and then descends, classically resulting in a clinical triad of ophthalmoplegia, areflexia, and ataxia.[1] An antibody against the ganglioside Q1b (GQ1b) is 90% specific and 85-90% sensitive.[2] Cases of demyelination, both central and peripheral, have been described in patients treated with anti-tumor necrosis factor α (anti-TNFα) agents. This case describes a patient with MFS preceded by both a viral illness and the use of the anti-TNFα agent etanercept.

A 54-year-old male with history of psoriatic arthritis presented for an evaluation of the acute onset of ocular pain and double vision. He had recently started Etanercept, an anti-TNFα antibody. Five days after the 1st infusion, he developed rhinitis and a cough, which resolved in several days. He proceeded with his weekly 2nd and 3rd infusions, but 2 days after the 3rd infusion he developed blurred vision in the right eye and pain with eye movement. Two days later, he developed double vision and ocular pain when attempting upgaze, followed by headache and pain with eye movement in all directions.

Three days after the onset of his symptoms, he was evaluated by an ophthalmologist who noted incomplete adduction of the left eye on far right gaze. Five days later, a neuro-ophthalmologic examination showed bilateral eye adduction weakness with an upgaze palsy, along with a mild left eye ptosis and miosis. Direct and consensual reaction of pupils was intact. There was no afferent pupillary defect or disc edema.

The rest of the neurological examination was significant for areflexia, while cerebellar exam was normal.

A contrast-enhanced magnetic resonance imaging (MRI) of the brain was performed 3 days after onset of symptoms, and no midbrain or pontine lesions were noted. There was no optic nerve enhancement noted on orbital imaging. Acetyl-choline receptor and muscle specific kinase antibodies were both negative.

He underwent another MRI two weeks after the onset of symptoms, and both MRI of the brain and orbits with and without contrast were again unremarkable. At this point, MFS was considered, and a GQ1b antibody was tested, which was positive with a titer of 1:12,800. One month after the onset of his symptoms, he was essentially asymptomatic, and his neurologic examination normalized, other than residual areflexia.

MFS is a rare self-limiting demyelinating syndrome that is considered to be a variant of GBS. Annual incidence is estimated to be one case per million.[3] A clinical triad of ophthalmoplegia, arreflexia, and ataxia is the classic presentation.

An antibody to the neuronal GQ1b (or in some cases GT1a) is highly sensitive and specific for the diagnosis of MFS. About 60% of cases are preceded by a viral or in some cases bacterial illness. The disease occurs more commonly in males than females and is treated with intravenous immunoglobulins or plasmaphoresis, although according to the Cochrane review, patients who were not treated with either therapy had similar outcomes at 6 months.[4] However, the data are difficult to interpret due to the low incidence of the disease and consequent lack of randomized placebo-controlled trials. In most cases, the course of the disease is self-limiting and the outcomes are favorable. In our patient, the onset of MFS was preceded by a viral prodrome, but also occurred in the context of an anti-TNFα agent.

TNFα is a cytokine that binds to TNF receptor 1 (TNFR1) or 2 (TNFR2). TNFR1 binding results in the inflammatory effects of TNF, while TNFR2 binding contributes to the maintenance of immune tolerance. TNFα binding to TNFR2 in conjunction with IL-2 result in T regulatory cells proliferation, increase in forkhead box P3 expression and an increased immunosuppressive activity.[6] Thus, inhibiting TNF can alter the balance between the effector and regulatory T cells, potentially leading to dysregulation of immune tolerance and allowing an increased activity of autoreactive T cells. As a result of this imbalance, humoral immunity can be further activated resulting in the auto-reactive antibody generation.[7] It is possible that in the immunogenetically susceptible people, the use of anti-TNFα agents may result in an episode of demyelination or unmask the predilection for multiple sclerosis. The detailed pathophysiological mechanism has not been fully elucidated.

Cases of GBS have also been associated with the use of anti-TNFα agents.

Besides our case, a review of the literature uncovered three prior cases of MFS in association with the use of anti-TNFα blockers [Table 1].[8-10] The underlying mechanism of MFS in association with anti-TNFα blockers is likewise unclear. In our case, given a preceding viral illness, it becomes of interest whether the anti-TNFα agent further contributed to the development of the syndrome or if it had any contributing effect on the course or severity of the disease.

Literature cases of MFS in association with anti-TNFα agents

This case illustrates the importance of considering MFS in patients presenting with ophthalmoplegia (even without ataxia) during use of an anti-TNFα agent. Further studies are necessary to understand the pathophysiological mechanisms of the aberrant immune responses leading to MFS, and the immunogenotypes of patients that may be at higher risk for immune dysregulation.

According to the requirements of the affiliation, this case report does not require patient consent.

According to the requirements of the affiliation, this case report does not require ethics approval. 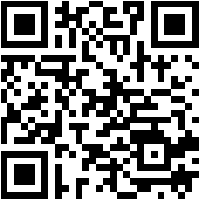